How To Get Started In Linux Development :Linuxcon

Kroah-Hartman maintains the stable Linux kernel tree, pushing out one or two new stable releases every week. There are a number of things that prospective contributors to Linux need to keep mind if they want their contributions to be accepted.

One of the most important things for Kroah-Hartman is trust in the contributions made by developers.

He noted that mistakes happen, but it’s important for him and other kernel developers to know that someone will be around to take responsibility to maintain a patch. There was a incident where a large networking patch was merged into Linux, and when there was a problem the person that submitted it was no where to be found. It’s a situation that Linux developers don’t want to repeat anytime soon.

Kroah-Hartman also addressed the issue of how polite the Linux Kernel Mailing List (LKML) is for developers. Over the years, the LKML has gained a reputation for brutal honesty and colorful language that some developers do not care for.

“We never flame newbies,” Kroah-Hartman said. “Yes, it should be easy to participate. if we’re ever mean to people, let us know.”

He added that one of the reasons why the LKML has a reputation for being a hostile place is because people like reporting on conflict. That said, he did not deny that sometimes insults are part of his daily experience.

There are a number of free publicly available resources online to help prospective developers get started in Linux kernel development. Among them is the main HOWTO document for Linux development.

There is also a document that explains the Kernel development process itself.

In terms of where potential new Linux kernel developers should start, Kroah-Hartman has a few suggestions as well. Here is the ToDo list of clean ups.

“Everybody starts with one patch,” Kroah-Hartman said. 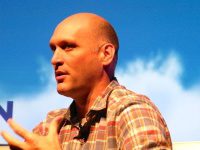 SEE ALL
ARTICLES
Previous articleOracle Grows Earnings and Gears Up for New Product Debuts
Next articleIT Departments: Stop Complaining about Shadow IT