Microsoft Is Building An AI Product That Could Predict The Future 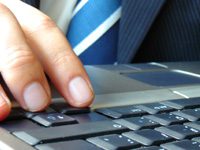 I’m attending Microsoft’s Ignite conference this week, and it’s fun. I let the event run in the background, continue to work, and then focus when I hear something interesting. I’m seeing far more things than I would have been able to see had I attended this event in person. One of the things that pulled my attention is Microsoft Premonition. The concept is to monitor the small life all around us and predict some of the challenges we will face in the future.

Given that the current pandemic was first present in animals, monitoring them could provide a unique early warning system. If you could aggressively analyze insects that feed on animals at scale, you could identify potential problems before they could become pandemics.  For instance, Microsoft demonstrated that this method was able to identify that cows were being infected with COVID-19 (this was the first I’d heard of that).

Let’s talk about Microsoft Premonition and how the concept could massively accelerate the power and capabilities of AIs.

The more data you can capture, the more able you are to predict future events accurately. For instance, were you able to instrument mechanical Slot machines, so you knew the drag, history, starting point, and environmental in and around the machine, you could feed that information into a robotic arm and hit far more jackpots. You could also predict which machines are more likely to hit the jackpot and what the ideal pull rate would be at any given time to win.

While Microsoft Premonition is initially focused on mosquito capture to provide early warning on mosquito-borne diseases, even if mosquitoes or a human doesn’t spread the disease, this system could identify issues that were damaging anything from which the mosquitoes had fed. The technology could also provide a sense of how widespread disease was in an area where testing wasn’t yet at critical mass, or identify the intrusion of new species into an ecosystem that people were unaware of as long as the mosquitoes fed on them. Mosquitoes effectively become part of the predictive data net, giving us insight into the barely visible world around us.

Think of other applications. For instance, if you wanted to locate a kidnapped victim or missing (stolen) child, this method likely could help do that if their DNA was in the system. The interesting part of this is that the idea of using an existing nature-oriented source of data is over the top innovative. It also allows you to scale using existing infrastructure. It makes me wonder what you could do with other insects or wide-ranging creatures like bats or birds.

Bees could undoubtedly help identify the spread of airborne poisons or carcinogens, and shrimp could likely do something similar to ocean-born contaminants. Both could be used to predict events early that would adversely impact food supplies or the health of humans, fish, or animals.

But when you have a virus where people that are spreading it are asymptomatic, you should be able to identify areas that are unsafe and will soon be a hotspot before the local healthcare systems become overwhelmed.

Data capture at scale is critical to predicting and modeling future events. Using insects or other existing biological systems is a fascinating way to get access to massive amounts of data going without raising privacy concerns or issues. We’ve been using data sources like airlines to help predict the weather for years, and the loss of flights has severely impacted our ability to predict the weather. Using natural systems will significantly supplement our traditional sources of information. It should significantly improve the breadth and amount of data captures, and the accuracy and timeliness of resulting predictions and alerts.

Microsoft Premonition is only one of the many indications that AI will be both improving dramatically and becoming more useful for an ever-widening group of applications.  Premonition is currently focused on tracking viruses and pandemics, but its eventual utility is only limited by imagination, and the folks behind this effort appear to have an impressive imagination.

Oracle Acquiring Cerner for $28B