How Does Edge Computing Work & What Are the Benefits? 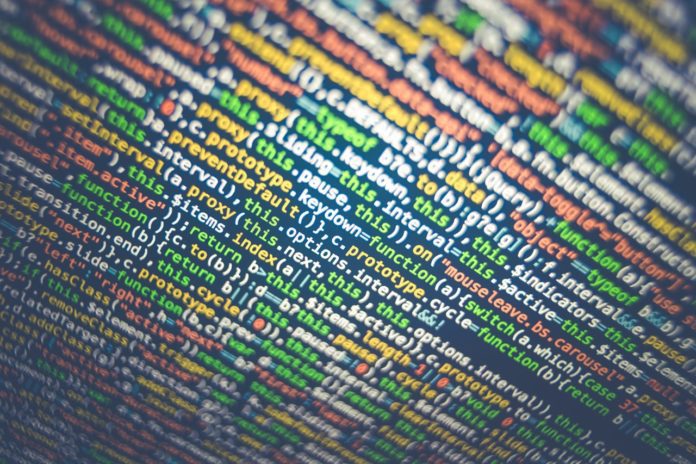 Although conventional servers, storage, and cloud computing continue to play a key role in computing, edge technologies are radically redefining business and life. By moving data processing at or near the source of data generation, edge devices become smarter and they’re able to handle tasks that would have been unimaginable only a few years ago. This data fuels real-time insights and applications ranging from sleep tracking and ridesharing to the condition of a drilling bit on an oil rig.

Digital business increasingly depends on handling tasks at the point where a device or person resides. The ability to construct a distributed computing model and harness localized computing power is at the foundation of the Internet of Things (IoT) and today’s advanced digital technologies.

Edge computing fundamentally rewires and revamps the way organizations generate, manage and consume data. Gartner estimates that by 2025, 75% of data will be created and processed outside the traditional data center or cloud.

How Does Edge Computing Work?

Edge computing works by capturing and processing information as close to the source of the data or desired event as possible. It relies on sensors, computing devices and machinery to collect data and feed it to edge servers or the cloud. Depending on the desired task and outcome, this data might feed analytics and machine learning systems, deliver automation capabilities or offer visibility into the current state of a device, system or product.

Today, most data calculations take place in the cloud or at a datacenter. However, as organizations migrate to an edge model with IoT devices, there’s a need to deploy edge servers, gateway devices and other gear that reduce the time and distance required for computing tasks—and connect the entire infrastructure. Part of this infrastructure may include smaller edge data centers located in secondary cities or even rural areas, or cloud containers that can easily be moved across clouds and systems, as needed.

Yet edge data centers aren’t the only way to process data. In some cases, IoT devices might process data onboard, or send the data to a smartphone, an edge server or storage device to handle calculations. In fact, a variety of technologies can make up an edge network. These include mobile edge computing that works over wireless channels; fog computing that incorporates infrastructure that uses clouds and other storage to place data in the most desirable location; and so-called cloudlets that serve as ultra-small data centers.

An edge framework introduces flexibility, agility and scalability that’s required for a growing array of business use cases. For example, a sensor might provide real-time updates about the temperature a vaccine is stored at and whether it has been kept at a required temperature throughout transport.

Sensors and edge IoT devices can track traffic patterns and provide real-time insights into congestion and routing. And motion sensors can incorporate AI algorithms that detect when an earthquake has occurred to provide an early warning that allows businesses and homes to shut off gas supplies and other systems that could result in a fire or explosion.

What is an Edge Device?

Within an edge network, systems that capture and transmit data serve as edge devices. This can include standalone devices as well as gateways that connect to devices downstream and interface with systems upstream. However, the concept increasingly revolves around IoT sensors and devices that reside at the edge. These systems can incorporate an array of sensing capabilities, including light, sound, magnetic fields, motion, moisture, tactile capabilities, gravity, electrical fields and chemicals. They may process data using apps or via on-board computing capabilities, and they often include batteries.

Edge and IoT devices can tap a variety of communications protocols, including

Edge IoT devices typically send data over an open systems interconnection (OSI) framework that unites disparate devices and standards. These systems also connect with cloud and Internet protocols such as AMQP, MQTT, CoAP, and HTTP. Typically, the framework relies on a specialized edge device, such as a smart gateway, to route and transfer data and manage all the connections.

The microprocessors used in IoT devices continue to advance. Not only are some chips able to accommodate onboard processing—including AI and machine learning functions—they’re becoming smarter and more energy efficient. Some can wake on demand and include hard-wired capabilities. 5G chips are also changing the IoT and the edge by imparting devices with faster and more robust communications capabilities. As a result, the IoT and edge frameworks continue to advance and gain new capabilities.

How Does an Edge Gateway Work?

In order for IoT devices to deliver real value, there must be a way to connect the edge to the cloud and corporate data centers.

An edge gateway serves this purpose. After IoT edge devices collect data and local processing takes place—either on the device or within a separate device such as a smartphone or cloudlet—a gateway manages the flow of data between the edge network and a cloud or data center. Using either conventional coding or machine learning capabilities, it can send only necessary or optimal data, thus optimizing bandwidth and cutting costs.

An edge gateway also interacts with IoT edge devices downstream, telling them when to switch on and off or how to adjust to conditions. When there’s a need for data it can ping the device.

This enables analytics and machine learning on the edge, the ability to isolate devices, manage traffic patterns more effectively, and connect the gateway to other gateways, thus establishing a larger and more modular network of connected devices. As a result, an IoT framework can operate in a highly dynamic way.

What is an Edge Network?

An edge network resides outside or adjacent to a centralized network. Essentially, the edge network feeds data to the main network—and pulls data from it as needed. Early edge networks encompassed content delivery networks (CDNs) that helped speed video delivery to mobile devices.

Edge networks can support an array of advanced capabilities, including traffic scalability and load balancing, context-aware routing that allows data to follow the most efficient path and avoid disruptions, and real-time controls that make it possible to change rules, logic and programming dynamically—depending on internal needs or external conditions.

Edge environments typically strive to move applications and data processing as close to the data-generation site as possible. As robotics, drones, autonomous vehicles, digital twins and numerous other digital technologies mature, the need to handle computing outside the cloud grows.

Not surprisingly, organizations typically use both cloud and edge networks to design a modern IoT framework. The two technology platforms are not oppositional; they are complementary. Each has a role in building a modern data framework.

While edge computing can deliver a more agile and flexible framework—and reduce latency on IoT devices—it’s not equipped to accommodate enormous volumes of data that might feed an analytics application or smart city framework. What’s more, cloud bandwidth is highly scalable and cloud computing often supports a more streamlined IT and programming framework.

What are the Benefits of Edge Computing?

As organizations wade deeper into the digital realm, edge computing and edge technologies eventually become a necessity. There’s simply no way to tie together vast networks of IoT edge devices without a nimbler and more flexible framework for computing, data management and running applications outside a datacenter. Edge computing boosts device performance and data agility. It also can reduce the need for more expensive cloud resources, and thus save money.

Also, because edge computing networks are highly distributed and essentially run as smaller interconnected networks, it’s possible to use hardware and software in highly targeted and specialized way.

This makes it possible, for example, to use different programming languages with different attributes and runtimes to achieve specific performance results. The downside is that heterogeneous edge computing frameworks introduce greater potential complexity and security concerns.

In fact, physical and virtual security can pose a significant challenge for organizations using IoT edge devices and edge computing networks. There are a number of potential problems.

One of the biggest risks is dealing with thousands or even hundreds of thousands of sensors and devices from different manufacturers that rely on different firmware, protocols and standards. Adding to the problem: many organizations struggle to track edge IoT devices and other assets. In some cases, organizations wind up with different business or IT groups setting up devices that operate independent of each other.

Edge computing devices present other security challenges. Since many of them lack an interface, it’s necessary to manage security settings using outside devices and programs. When an organization deploys a large number of these devices, the security challenges become magnified. As a result, it’s important to focus security on a number of factors and issues, including device firmware and operating systems, TCP/IP stacks, network design and data security tools, such as encryption at rest and encryption in motion and data tokenization.

Network segmentation is also critical. It’s wise to isolate key systems, components and controls—and have ways to shut down a node or system that has been attacked. By segmenting and air gapping groups of devices and systems, it’s possible to prevent a breach or failure at one point in the network that could lead to the failure for the entire edge computing platform.

In addition, it’s critical to use standard security tools and strategies such as auditing the network and devices, changing passwords, disabling unneeded features that may pose a risk, and retiring devices that are no longer needed.

Others, such as AWS, Microsoft Azure and Google Cloud, deliver cloud-based software and services that support IoT and edge functionality—including device management, machine learning and specialized analytics. Still others, such as PTC ThingWorx and Particle, deliver sophisticated platforms that connect and manage large numbers of edge IoT devices.

Organizations of all shapes and sizes benefit from a clear strategy for navigating edge computing and IoT devices. Over the next few years, the need to processes data on the edge will grow. But it isn’t only the volume of data that’s important. It’s also the velocity of data moving within organizations and across business partners and supply chains.