For the last three years, Rod Beckstrom has led the Internet Corporation for Assigned Names and Numbers (ICANNs) through a period of tremendous change. It’s an era that is now coming to an end as ICANN, the multi-national group responsible for Internet oversight, is getting a new leader.

Fadi Chehade will takeover as CEO of ICANN starting on October 1st; between now and then Akram Atallah will be the interim CEO. Atallah is currently also the Chief Operating Office of ICANN. Outgoing CEO Rod Beckstrom’s three year contract comes to an end as of July 1st.

As to why ICANN selected a new CEO that is unable to start for another three months, ICANN Chairman of the Board Steve Crocker noted that while they would have preferred that Chehade could start right away, he is the right person for the job.

“We believe quite firmly that this will be a painless transition period and at the end of the day time not overriding factor,” Crocker said in a Friday morning press conference.

Chehade is currently the CEO of Vocado, which is a cloud software services firm. He previously was the General Manager o 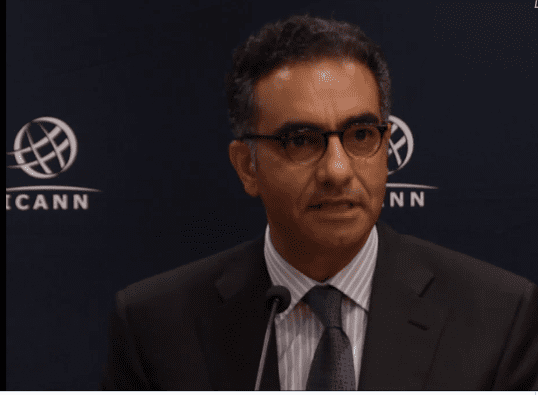 Chehade will be well compensated as the CEO of ICANN. Crocker said that cash compensation is a total package of $800,000 per year, with a commitment to review on an annual basis. As was the case with the outgoing CEO, Chehade will be on a three year contract.

While ICANN’s main focus today was on announcing its new CEO, there was another big personnel shift there this week. ICANN’s gTLD chief, Michael Salazar resigned his post. Salazar was tasked with overseeing the rollout of the biggest expansion of domain names in the history of the Internet. The new gTLD programcould see as many as 1,900 new Top Level Domains added to the Internet, up from the current 22.

Kurt Pritz will takeover management of the gTLD program until a replacement is found. In response to a question from InternetNews, interim ICANN CEO, Akram Atallah, did not specifically elaborate on the situation surrounding the departure of Salazar.

“We had to put someone in charge and Kurt Pritz has been involved in the program and he has agreed to step into Michael Salazar’s shoes,” Atallah said. “I don’t think we could have any better person to fill the gap and we will have to find the right candidate to run the program and we’ll be working on that.”