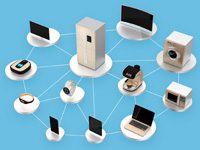 Predictive analytics is the art and science of creating predictive systems and models. These models, with tuning over time, can then predict an outcome with a far higher statistical probability than mere guesswork.

Each predictive analytics model is composed of several predictors, or variables, that will impact the probability of various results. Before launching a predictive modeling process, it’s important to identify the business objectives, scope of the project, expected outcomes, and data sets to be used.

Prior to the development of predictive analytics models, data mining is typically performed to help determine which variables and patterns to consider in building the model.

Prior to that, relevant data is collected and cleaned. Data from multiple sources may be combined into a common source. Data relevant to the analysis is selected, retrieved, and transformed into forms that will work with data mining procedures.

Techniques drawn from statistics, artificial intelligence (AI) and machine learning (ML) are applied in the data mining processes that follow.

AI systems, of course, are designed to think like humans. ML systems push AI to new heights by giving computers the ability to “learn without being explicitly programmed,” said renowned computer scientist Arthur Samuels, in 1959.

Classification and clustering are two ML methods commonly used in data mining. Other data mining techniques include generalization, characterization, pattern matching, data visualization, evolution, and meta rule-guided mining, for example. Data mining methods can be run on either a supervised or unsupervised basis.

After a predictive model is chosen, it is deployed into everyday use, monitored to make sure it’s providing the expected results, and revised as required.

Some predictive analytics techniques, such as decision trees, can be used with both numerical and non-numerical data, while others, such as multiple linear regression, are designed for quantified data. As its name implies, text analysis is designed strictly for analyzing text.

Decision tree techniques, also based on ML, use classification algorithms from data mining to determine the possible risks and rewards of pursuing several different courses of action. Potential outcomes are then presented as a flowchart which helps humans to visualize the data through a tree-like structure.

Much enterprise data is still stored neatly in easily queryable relational database management systems (RDBMS). However, the big data boom has ushered in an explosion in the availability of unstructured and semi-structured data from sources such as emails, social media, web pages, and call center logs.

However, traditional ML-based predictive analytics techniques like multiple linear regression aren’t always good at handling big data. For instance, big data analysis often requires an understanding of the sequence or timing of events. Neural networking techniques are much more adept at dealing with sequence and internal time orderings. Neural networks can make better predictions on time series information like weather data, for instance. Yet although neural networking excels at some types of statistical analysis, its applications range much further than that.

In a recent study by TDWI, respondents were asked to name the most useful applications of Hadoop if their companies were to implement it. Each respondent was allowed up to four responses. A total of 36 percent named a “queryable archive for nontraditional data,” while 33 percent chose a “computational platform and sandbox for advanced analytics.” In comparison, 46 percent named “warehouse extensions.” Also showing up on the list was “archiving traditional data,” at 19 percent.

The (Future) Brains Behind Self-Driving Cars

Much research is now focused on self-driving cars, another deep learning application which uses predictive analytics and other types of advanced analytics. For instance, to be safe enough to drive on a real roadway, autonomous vehicles need to predict when to slow down or stop because a passenger is about to cross the street.

Beyond issues related to the development of adequate machine vision cameras, building and training neural networks which can produce the needed degree of accuracy presents a set of unique challenges.

Data quality is a critical issue in today’s data centers. The complexity of the Cloud continues to grow, leading to an increasing need for...
Read more
Security

Definition of Data Segmentation Data segmentation is the process of grouping your data into at least two subsets, although more separations may be necessary on...
Read more
Big Data