What Is Data Mining? Types & Examples 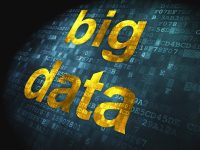 A popular analogy proclaims that data is “the new oil,” so think of data mining as drilling for and refining oil: Data mining is the means by which organizations extract value from their data.

In more practical terms, data mining involves analyzing data to look for patterns, correlations, trends and anomalies that might be significant for a particular business. As such, it is closely related to Big Data, a larger term that encompasses the many uses of data analytics software (for instance, common apps like Zoho Analytics) to understand trends.

For example, data mining can help companies identify their best customers. Organizations can use data mining techniques to analyze a particular customer’s previous purchase and predict what a customer might be likely to purchase in the future. It can also highlight purchases that are out of the ordinary for a customer and might indicate fraud.

Companies can use to find inefficiencies in manufacturing processes, potential defects in products or weaknesses in the supply chain. A good master data management strategy includes data mining.

Today, data mining on all types of data has become part of a never-ending quest to gain competitive advantage.

One of the first articles to use the phrase “data mining” was published by Michael C. Lovell in 1983. At the time, Lovell and many other economists took a fairly negative view of the practice, believing that statistics could lead to incorrect conclusions when not informed by knowledge of the subject matter.

But by the 1990s, the idea of extracting value from data by identifying patterns had become much more popular. Database and data warehouse vendors began using the buzzword to market their software. And companies started to become aware of the potential benefits of the practice.

In 1996, a group of companies that included Teradata and NCR led a project to standardize and formalize data mining methodologies. Their work resulted in the Cross-Industry Standard Process for Data Mining (CRISP-DM). This open standard breaks the data mining process down into six phases:

Companies like IBM continue to promote the CRISP-DM model to this day, and in 2015, IBM released an updated version that expanded the basic model.

In the early 2000s, Web companies began to see the power of data mining, and the practice really took off. While the phrase “data mining” has since been eclipsed by other buzzwords like “data analytics,” “big data” and “machine learning,” the process remains an integral part of business practices. In fact, it is fair to say that data mining has become a de facto part of running a modern business.

Data scientists and analysts use many different data mining techniques to accomplish their goals. Some of the most common include the following:

Data mining overlaps with several related terms, and people sometimes use these terms in reference to similar concepts. Some of the most common related ideas include the following:

Under this framework, data mining is the equivalent of data analysis and is a subcomponent of KDD. In practice, however, people often used data mining and KDD interchangeably. Over time, data mining became the preferred term for both processes, and today, most people use “data mining” and “knowledge discovery” to mean the same thing.

Machine learning is the branch of deep learning and artificial intelligence that seeks to give computers the ability to learn without being programmed. Several of the techniques used in data mining — particularly clustering, classification and regression — are also used in machine learning. Thus, some people consider machine learning to be a subset of data mining.

However, other people argue that there are subtle differences between the two. They say that data mining finds the patterns in the data, and then machine learning uses the results of data mining to learn something new about the data.

Whichever perspective you prefer, the two concepts clearly overlap one another.

In practice, these terms are nearly interchangeable. It’s just that “data mining” was a popular buzzword in the 1990s and early 2000s, while “analytics” has become the more popular buzzword today.

Nearly every company on the planet uses data mining, so the examples are nearly endless. One very familiar way that retailers use data mining is to analyze customer purchases and then send customers coupons for items that they might want to purchase in the future.

Company’s increasingly sophisticated use of data mining has made many consumers uncomfortable. In the U.S., Congress and the Federal Trade Commission (FTC) have convened hearings on data privacy, although those efforts have not yet led to comprehensive legislation.

Europe has been must faster to act on data privacy concerns. Last May, the General Data Protection Regulation (GDPR) went into effect, and it affects every organization with any data related to EU citizens.

Among other things, the law requires organizations to obtain consent to process data, to delete a subject’s data if they request it, to put adequate security measures in place to protect data, and to notify people promptly if their data has been involved in a data breach.

Failing to comply could result in fines of up to 4% of a firm’s total global revenue. Industry watchers predict that GDPR and other legislation will have a major impact on data mining, and the EU has already fined Google €50 million for inadequate compliance with the law.

Ford, Cisco, and the Future of Autonomous Vehicles