HP Acquired Apogee — Here’s What the Company Did Right 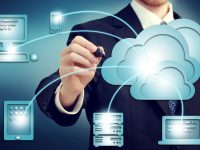 HP’s acquisition of Apogee highlights a common mistake made by technology vendors. No, I’m not saying that HP made a mistake — just the opposite, in fact. Instead, it avoided a common pitfall: agreeing with the market that a key technology is obsolete when it really isn’t.

Like the IBM mainframe, which IBM almost killed off in the 1990s, printers were in a decline before HP and HPE diverged paths. But now, printers have been a growing business for HP, particularly as the company moved into 3D printing. This acquisition of Apogee, much like IBM’s reinvestment in System Z, will be a huge asset for the firm.

Often a market decline is based more on a belief and a directly related lack of investment by the dominant company than a market pull back. Even when there is a market pull back, an increased, rather than decreased, investment in demand generation can significantly slow and even reverse a category collapse.

I think that had Apple continued to invest in the iPod, for instance, this would still be a far more viable product category, and that Apple wouldn’t have missed the smart speaker wave.

Here’s what HP did right.

We have been talking about the paperless office since the 1980s, and yet here in 2018 I’m still throwing out tons of unwanted mailers every week. My wife still reads a real newspaper, and my coffee table is still covered with pet, car, gun and technology magazines. Paper usage did decline as we moved to things like ebooks and used the web more for news and communication, but rarely do things decline linearly. This is both because humans, as a race, don’t like change (a lot of folks just won’t accept digital readers today) and because the transition hits bottlenecks (digital boarding passes still work very poorly in a lot of places).

After HP spun out as a separate company, it reinvested in printers, bought Samsung’s business, created the most powerful industrial-grade 3D printer line on the planet, and advanced R&D. This allowed the market to consolidate around HP. Even with the printer market declining, this consolidation initially allowed HP’s related revenue and profit to increase. HP largely became the printing industry, much like IBM now owns mainframes (which are also growing again). And the company is now able to defend the segment.

This also allowed HP to invest in vertical integration, and this latest Apogee acquisition is a case in point. This should allow it, to more aggressively move to printing/copying as a service in England (where Apogee is based), and this model should transition well from paper printing today to 3D printing tomorrow as we move to a future where we build, and don’t buy, much of what we use.

In fact, looking to the future and 3D printing, we are only at the tip of market potential for something that will transform how we acquire much of what we touch and use.

It is easy to get wrapped up in trends and what everyone believes. But we know that the majority can often be wrong and that opinions can be manipulated. Products and markets do go into decline, but often the cause, and particularly the rate, is more due to a lack of defense and related investment than an endemic drop in customer interest.

If you are a small player, there is little you can do about market declines, and exiting remains your best path. But if you are dominant as IBM was with the mainframe, Apple was with dedicated MP3 players, and HP was with printers, you can allow the market to consolidate around you and then defend it. (Ironically, the market for MP3 players had already consolidated to Apple suggesting Apple alone was responsible for the death of the iPod segment. I believe this allowed Amazon to step in and steal the market with the Echo, which is basically a large iPod with voice control.)

This is an interesting example of where HP played it right and became the market darling. One trillion dollar Apple played it really wrong and didn’t have to. I think this is a lesson worth remembering.

SEE ALL
ARTICLES
Previous articleCloud Computing Challenges & Issues of 2022
Next articleWhat is Hyperconvergence? Converged vs Hyperconverged