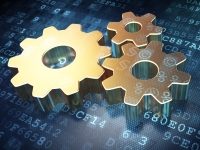 According to Gartner, sales of hyperconverged integrated systems will likely increase 55 percent in 2018 to be worth about $4.4 billion. And strong growth should continue into 2019, when revenues could exceed $6.4 billion.

That begs a couple of questions: What are hyperconverged systems? And why are so many enterprises interested in purchasing them?

As is usual for an emerging technology, the IT industry has several competing definitions of hyperconverged infrastructure.

Enterprise users seem to agree with that definition. When the DataCore survey asked IT decision makers to define hyperconverged, the most popular response was that it included systems that were “tightly integrated with hypervisor but hardware agnostic.”

Within that definition, vendors offer solutions with a lot of variation. Some have tightly-integrated all-in-one hyperconverged appliances. Others offer software-only solutions that support a wide variety of hardware, and still others offer reference architecture for creating your own HCI.

One common point of confusion in regards to HCI is the difference between converged vs. hyperconverged systems. These days, there is some overlap between the two categories, but in general, the terms refer to two distinct types of infrastructure.

Converged systems came first. These were essentially hardware solutions that included pre-configured compute and storage capabilities (and in some cases also networking). Some of the solutions also include orchestration or management software, but converged systems are not fully software-defined. As enterprises’ needs grow, they can scale up their converged systems by adding more compute or storage capacity independent of each other.

In hyperconverged systems, by contrast, the emphasis is on the software rather than the hardware. HCI is fully software-defined and virtualizes storage and compute resources so they can be managed as a single pool. And in general, hyperconverged infrastructure scales out, rather than up; that is, enterprises that need more resources add more nodes that include both storage and compute capabilities rather than adding more capacity to an existing node.

A lot of converged infrastructure is based on proprietary hardware, while hyperconverged systems use industry-standard hardware. And the two types of systems are best suited to different use cases: converged for private clouds and greenfield deployments in enterprise data centers, and hyperconverged for creating public cloud or hybrid clouds, virtualized desktops, databases and big data analytics.

Hyperconverged infrastructure also presents some challenges, including the following:

Experts also caution that HCIS might not be right for every use case. Other enterprises have found them to be the most suitable for some of the following situations:

Most of the major IT infrastructure vendors now offer hyperconverged products, and the market also includes a few smaller firms that specialized in hyperconvergence. Nutanix is the undisputed market leader, and Gartner also listed Dell EMC, VMware and HPE as “Leaders” in its first Hyperconvergence Magic Quadrant report. Noteworthy vendors include the following (listed in alphabetical order):

This week is NVIDIA’s GTC, or GPU Technology Conference, and they likely should have changed the name to ATC because this year – it...
Read more
Big Data

What is Qualitative Data?

Definition of qualitative data  Qualitative data is data that cannot be objectively measured or counted, or data that expresses the subjective and interpretive qualities of...
Read more
Big Data

What is Quantitative Data?

This week is NVIDIA’s GTC, or GPU Technology Conference, and they likely should have changed the name to ATC because this year – it...
Read more
Security

Definition of Data Segmentation Data segmentation is the process of grouping your data into at least two subsets, although more separations may be necessary on...
Read more