AUSTIN, Texas — During the 1980’s insurance vendor MetLife had a popular slogan – ‘Get Met, It Pays’; at the DockerCon conference the 150 year old firm detailed how getting Docker has paid dividends for IT operations.

In a keynote address, Aaron Ades, assistant vice president, solutions engineering at MetLife recounted the long history of his company, which today has 100 million customers.

“We have been in the information management business for 150 years and over that time we have had to make strategic bets on technology to stay agile and nimble and get ahead of competitors,” Ades said.

When MetLife was founded back in 1868 it wrote 1,477 policies in its first year of operation. By the 1950’s Ades said that MetLife invested in UNIVAC machines (the pre-cursors of modern computers) for large scale computation. In the 1980’s MetLife moved to a client server architecture and surprisingly some of the code written in 1982 is still running in production today, Ades said. 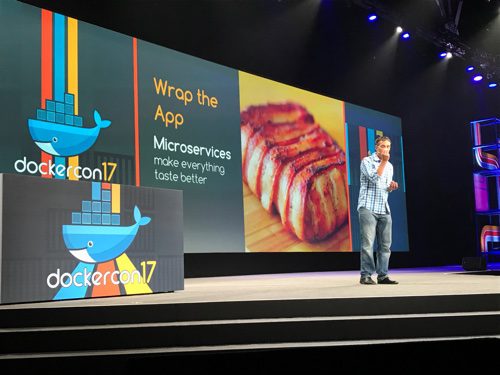 “Working with legacy is hard,” Ades said. “But customers don’t care they just want everything to work.”

So how did MetLife move to Docker? Ades said that a core strategy was to wrap all the apps in microservives.

“Docker let’s us run software apps written decades ago,” Ades said. “DevOps is transformative, you can move faster and you’re more nimble and that my friends is competitive advantage.”