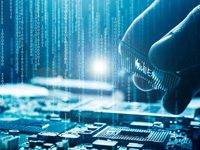 Cisco is known for networking technology. It dominates this space; even its logo is a stylized bridge (the Golden Gate). But it does more than just networking — it also sells high-end servers. But getting consideration for those efforts has proven difficult because it has built such a solid networking reputation.

To get people, and in this case, I’m talking about IT buyers, to view Cisco differently and accept that the company is more than just networking, it needs to leverage other brands. And when it comes to servers and networking at scale, the strongest brands are in the cloud these days.

The strongest cloud brand, though clearly being chased by Microsoft, Google, and much of China, remains AWS. Amazon Web Services is the strongest power player in the cloud at the moment and the go-to partner for anyone wanting to gain fast credibility for any server solution at scale. The most powerful in that class are arguably hyperconverged solutions and the most powerful, and complex, are tied to the growth of containers and microservices in the cloud. And that is just where Cisco’s hybrid cloud announcement landed.

That is a lot of parts, but Cisco has worked to get them to interoperate so that this can be a packaged solution for both Amazon and those wishing to use the hybrid model to connect to it. By putting all these parts together, Cisco has done much of the hard assembly work with the apparent benefits of agility, portability and speed.

A big problem with complex solutions like this is not only getting them up and running but in managing what results. Many are highly customized, and particularly when you are talking hybrid deployments, very different than their cloud-based counterparts. By making this a package that is mirrored on premise and in the Amazon cloud, much of the complexity and related operational and interoperability problems are eliminated.

By making the solution defined, the learnings from one deployment are shared with others, vastly lowering the deployment risk, potentially increasing overall performance and reducing the cost and problems associated with ongoing management.

The power isn’t as much in the parts as the efforts taken to eliminate the bottlenecks and otherwise unique issues with solutions of this scale. In short, much of the effort was to remove the complexity and that is likely where much of the competitive advantage resides as well.

Doing this with AWS lends substantial credibility to Cisco as more than just a powerful networking vendor. This helps create the image of Cisco as a more general solution provider that is better able to compete with the likes of HPE, IBM and Dell Technologies. Perceptions are our reality, and by aggressively working to change the perception of Cisco as just a networking vendor, efforts like this lay a more diverse foundational future in front of the company.

It needs big implementations like this with world brands to create and cement the impression that Cisco can perform in the general computing world at scale. This does that, suggesting the impact of this solution could go far beyond its definition and having a far broader impact on Cisco’s future.

Often with initiatives, particularly those tied to other brands, it is hard to determine whether they are strategic or just marketing fluff. This one is critical to Cisco and its effort to evolve the company. The technology is right where much of the enterprise developer market wants to be. That makes it strategic. While I expect this strategic nature is more important to Cisco than Amazon at the moment this is just a first step, and over time, the two firms could become inseparable. This is because performance in the cloud, particularly with a hybrid solution, often has more to do with transport than compute, and transport is Cisco’s competitive sweet spot.