The Cloud Networking Market in 2022 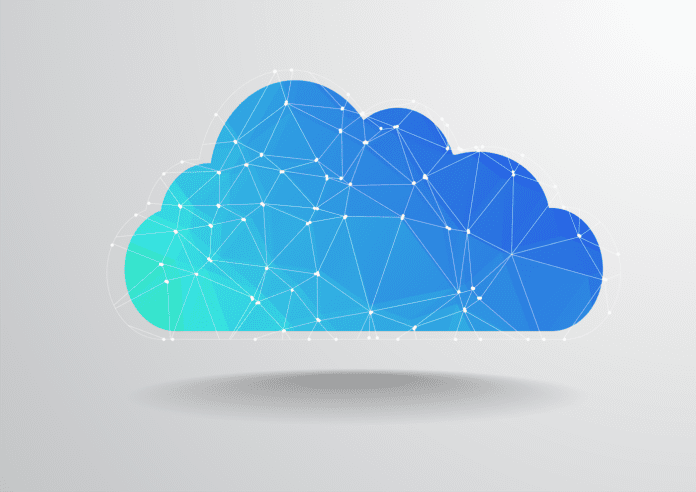 Cloud networking is an IT infrastructure where the computing and storage capabilities are partially or fully stored in the cloud. It relies primarily on data centers, storing information in virtual servers.

Cloud networks can be hosted in public, private, or hybrid clouds. They can also either be managed by an in-house IT team or a third-party services provider.

See below to learn all about the global cloud networking market:

The market for data center construction, driven primarily by the increased demand for cloud networking, was estimated to be valued at $17.8 billion in 2020. It’s expected to maintain a compound annual growth rate (CAGR) of 6.9% over the analysis period from 2020 to 2027, reaching $28.5 billion by the end of it.

Regionally, the data center construction that supports cloud networking is segmented as follows:

Cloud networking applications can include a merging of cloud computing operations with cloud-native architecture. This can allow users to accelerate application velocity and provide a uniform application user experience.

“The pace of digital innovation is surging across the digital ecosystem in the post-pandemic era, resulting in a sharp expansion of applications and cloud usage, warranting cloud networking’s primacy,” says Ron Westfall in a post at Futurum.

Cloud networking architectures are used for their flexibility and scale. For most companies, it’s more effective to use virtual infrastructures and services instead of having to maintain physical resources on-premises.

Cloud networking solutions can be implemented with a variety of solutions in mind:

Working from a centralized location, cloud networking architectures enable IT teams to automate patch deployment and enforce security policies, including those powered by machine learning (ML) and artificial intelligence (AI).

Connecting the two through a VPN allows for encrypted communication and an efficient consolidation and access to physical resources.

Through streamlining network management capabilities, cloud networking enables teams to manage traffic and resources based on current needs and demands.

Isolating customers and end users for specific use cases and compliance requirements can be done efficiently through cloud networking.

The flexibility of cloud networking solutions allows for easy segmentation of cloud services and environments based on size, scope, and usage capacities.

Segmentation can also be implemented differently throughout the application development life cycle, such as design, development, testing, and implementation of the app or service.

There are two types of common cloud networking architectures:

Cloud-based networking requires having both the network’s management software as well as its physical hardware in the cloud.

With the network’s nodes in the cloud, cloud-based networking connects all cloud applications and resources deployed on the web.

Oftentimes used in SaaS networks and network security solutions, networking processing, such as maintenance and monitoring, are still performed in the cloud.

The implementation of cloud networking architectures and solutions can have numerous benefits for companies, depending primarily on application.

Notable benefits of cloud networking include:

“This successful niche enterprise networking technology has now paved the way for much bigger markets in the future of cloud networking — what I am calling the Third Wave of Cloud Networks,” says R. Scott Raynovich in a post at Forbes.

“According to our end-user research, based on a survey of cloud networking practitioners with director-level and above positions, they are starting to deploy MCN technology in earnest.”

any.cloud is a certified IBM Business Partner and a provider of cloud services and IT consulting. The company has three offices in Denmark, Poland, and the Czech Republic, operating in over 30 countries and with over 500 customers.

Hoping to further expand its company into other regions, any.cloud needed to host its business continuity services in a cloud environment. Seeking a strategic partner, any.cloud decided on IBM.

any.cloud used the IBM Cloud Network, due to its resilience and the high availability built into its design. The company was able to deliver a new set of services and solutions to its clients.

“I have a personal passion for keeping any.cloud at the highest standards for quality and client satisfaction, which is why we partnered with IBM,” says Gregor Frimodt-MØller, group CEO, any.cloud.

“By moving our solutions to IBM Cloud, we are able to embrace the entire world and become a truly global business. From a business perspective, IBM Cloud has been a strategic partner by enabling us to become an international player.”

Ronchin, France-based ADEO is a global retailer in the home improvement market. The company provides home life, tools, and DIY supplies for individuals and traders across 15 countries and 900 stores.

In order to stay on par with other online retailers and better serve its 450 million customers from around the world, ADEO decided to build an application development platform for its 120,000 employees in the cloud.

ADEO chose to work on the Google Cloud network, as it provided connectivity between APIs across the company’s regions. It was also able to use Google Cloud to integrate with third-party applications seamlessly.

“One main benefit of Google Cloud for us is how much faster we can now build new applications, facilitate tests, and only pay for what we use, instead of having to invest in additional infrastructure to test out an idea,” says Renaud Pelloux, product leader, ADEO.

Switching its infrastructure to the Google Cloud, ADEO was able to provision resources in 20 minutes instead of four days, speed up the time to market, and use simple tracking of cloud resources.

Friedrichshafen, Germany-based ZF Group is a global technology company that manufactures and supplies automobile systems for commercial and industrial vehicles. The company has become a leader in manufacturing autonomous vehicles, in addition to electric vehicles and vehicle safety research.

Looking to become a software-driven company and pioneer a future of autonomous vehicles through a campus-to-cloud network foundation, ZF Group’s previous network technology couldn’t keep up.

Since cloud-based resources are key for meeting the demand of the network, ZF Group sought the help of Juniper Networks. Using network automation, the company was able to achieve higher levels of efficiency as the business grew.

“Flexibility is key, because IT is always under pressure,” says Patrick Arvaj, manager of IT network platforms,ZF Group.

“Juniper is a great example of enabling the power of choice to use vendor-specific solutions. It’s crucial to IT’s success that we can provide solutions to the business without any risk of vendor lock-in.”

Some of the leading providers of cloud networking market include: