Why Rolling Android into Linux is a Failure for Desktop Linux

Up until recently, Linux and Android have been two separate open source projects with two separate identities. But now with the release of the new version 3.3 of the Linux kernel, the two projects have begun an assimilation into a single entity.

What does this mean for Android and Linux on the desktop?

Android started out life as a fork that Google branched off from the original Linux project. But now, after months of effort, the two tines of the fork are once again ready to be unified.

Since the two projects share the same ancestry it makes sense in many ways for the two projects to unify, but while this move to unify the two codebases will benefit Android, it will be at the detriment of Linux on the desktop. 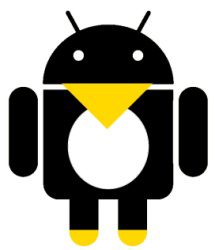 Tim Bird, a Sony programmer who was closely involved in the merge of Google’s Android Linux work with the Linux kernel project, sees these benefits to this assimilation:.

”This makes it easier for developers to do 2 things:

1) use Android features in non-Android systems, and

2) experiment with Android user space with a vanilla [mainline] kernel. The first of these is useful to analyze how the Android-specific features might integrate with or leverage other related features in the kernel.”

Notice how it’s all about pushing Android forward and nothing to do with Linux. In fact, it could very well be the final nail in the coffin of Linux on the desktop.

Now don’t get me wrong, Linux is great. Brilliant, in fact. You won’t find a more flexible, more powerful, more capable operating system out there, especially for the price (free).

Furthermore, Linux is an excellent server platform, and Google has made the kernel work for the Android platform on smartphone and tablets.

However, when it comes to the desktop, Linux has just failed completely to get people fired up. While Apple’s Mac OS X has seen strong growth over the past few years, taking a small bite out of Microsoft’s dominance, Linux has been stuck at around one percent market share mark for years.

I can understand why Linux is stuck on a one percent market share. On numerous occasions, I’ve looked at replacing some of my Windows-based systems with Linux, but each time I’ve hit some brick wall or other and have had to abandon the endeavor – and only after spending countless hours tinkering with the operating system.

Linux on the desktop is still very much an operating system for people who like to tinker with their computer more than they like actually using the thing. There is a lot of support out there for someone wanting to use Linux (the support community is one of the best that I’ve ever come across). But having to turn for support regularly becomes real old, real fast.

By comparison, Windows and Mac OS X just work … at least most of the time.

So, if Linux on the desktop isn’t going anywhere, what can be done with it?

Well, how about what’s already being done? By melding together Android and Linux, what you end up with is a fantastic development platform for Android. Currently most Android developers use a customized version of Linux developed by Google that features an interface resembling Java. Integrating Linus Torvalds’ version of the Linux kernel with Google’s Android version gives Google a lot of control over Linux. But it also gives Android developers a far better, friendlier, more customizable development environment for Android apps.

In fact, it’s giving all Linux users the chance to become Android developers.

Essentially, Linux becomes a development platform for Android, and Google just opened the door to a whole new pool of potential app developers.

It’s paving the way for Android apps on Linux, which essentially means that Linux is morphing into Android. Linux is an unknown in the consumer market, but people are buying Android smartphone by the millions every week (and, to a lesser extent, Android tablets). We have Android on various platforms already. It’s not a huge leap to see it making an appearance on PCs.

We’re now moving into a post-PC era where even Microsoft and Apple are seeing their desktop market share being eroded away by mobile platforms. The desktop PC is already showing signs of waning, so it’s unlikely that Linux is going to be making any kind of headway on that platform.

The year of the Linux desktop didn’t materialize, and now it won’t. The future isn’t Linux on the desktop (or Android on the desktop for that matter) but Android on smaller, more personal, more intimate devices such as smartphones, tablets and other consumer electronics.

Linux will live on, but it will be known as Android.