Is it Time to Find a New Enterprise Tech Vendor? 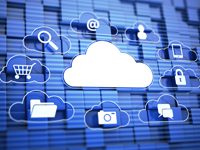 Your company likely has longstanding relationships with enterprise IT vendors that may be working well – or not. In any case, it’s hard to unseat established tech alliances. And certainly vendor lock-in continues to be a factor, even in the multicloud era.

In a live webcast with two IT industry experts, we ask: are your current enterprise tech vendors keeping pace? Are you suffering from vendor lock-in? We discuss how to reassess your vendors relationships — and get a better deal.

In short, is it time to break up with your tech vendor? Liebow: “I absolutely think you should embrace vendors. You should be picky about how you think about your platform, what vendors are going to enable that, how are you going to integrate and manage through that. 44

“And you’re going to find that no matter what, vendors are going to evolve, some slowly, some fast, there will be changes. And so this notion of delivering an outcome or a managed service to a set of end users is going to become, I think, paramount for any IT shop. And how you do that and how you manage through that? So you need to figure out who your partners are in that journey.

“And part of finding the right fit is what Michael’s talking about which is, do we have the right partnerships in place? Are we having our business interests aligned?

“If you’re charging me more for storage and then you’re cranking up my cost on IO, we’re gonna have a little conversation because I’m gonna go over to the other person that’s gonna drop me in the cost on IO. But sometimes you don’t have the skills to do that, but the good news is there are other players that can help you with that, whether managed service providers, cloud service providers, consulting teams that can help you do that.

“But in a lot of cases though, cloud does create a lock-in because the lock-in isn’t always in the data piece or the fact that I can’t use someone else’s software. It’s gonna come from the information that’s grown up in the graph. The graph, the interactions, the metadata, those transactions, that becomes the base of what drives your AI-driven future.

Balance of Power: Vendors vs. Buyers

Wang: I actually think that we’re at a good equilibrium at this moment. So, there’s enough choices, like in every space I have at least two or three choices, whether I’m in the larger part of the enterprise, whether I’m in a specific vertical, or I’m in a geography.

“There’s enough choices that there’s still enough competition in the market, everybody’s still trying to go after market share, people haven’t gotten complacent saying, ‘Oh, I don’t care about you, don’t worry about it,’ because as soon as you do that, the good news is the barrier to entry of starting something new is so low that someone else will come up with something. Right?

“That’s factor number one. Factor number two though is the fact that if I were going to start a company from scratch today, it’s so easy to do that, it also means that it’s so easy to lose the business. So everybody is worried about customer success management because what they’re reporting to the street is subscription revenues.

“And if they’re not growing subscription revenues at a clip, they get punished, which is why there’s a lot of incentive on customer success management, making sure people are on board. Now the question is, what happens when there’s only one player? Will we get lock-in? Yes. That’s something that people are concerned about, but I think we’re still a little bit far away from that point.

“And so I think that’s really the caution for most organizations because when they buy cloud today, they tend to buy it like a transaction, not a transformation. And until they start to really transform their organizations, that’s where that notion of partnership comes in.

“So if you’re buying cloud as a transaction, then you’re just looking for the best deal and the way that you get the best deal from the duopoly or from the top four is by making commitments, long-term commitments.

“The question I would have for any customer, any buyer would be, how do you know what you’re buying, particularly between now and three four or five years from now?

“And in every situation where I have these discussions with clients, you know what comes out is that they did… Well, they bought like a transaction, they over committed and they’re under running those commitments. And so I think that’s the sensitivity.

“And so, you’re locked in to that provider for an extended period, and there are penalties associated with what you bought. So, lock-in commercially, I think, is a big issue right now. And I think with given the level of competition between the top two customers, perhaps are gaming one against the other, maybe. And so, they think they’re getting a good deal, but I don’t think they understand the downstream impact.

Wang: You’re right, Michael. And I actually think the issue is, it’s not that they think they’re getting a great deal, their procurement teams think they’re getting a great deal without understanding what the hell they bought. And I’m gonna blame a lot of these procurement teams for saying, “We got a x percent discount.” And you’re like, “On what? And what should it have been? And why did you overbuy?”

“And I think that’s what you’re talking about because they’re used to getting rewarded for the discount levels that they have. But the point was, you didn’t need to buy that much, which is why you got in trouble in the first place. And so we got a lot of that going on as well because people don’t really understand the intricacies of what the business model is and how it affects the procurement cycle.

Liebow: “Well, there are techniques and tactics that you can leverage in buying cloud. The whole point of cloud is that you turn it on and you turn it off. If I go with the new AWS savings plan, I’m committing to a certain amount of spend every month that’s better than a reserved instance because I was committing to a machine type, but now that we’re shifting the model, I’m into the bank of Bezos in a bold way. And so, do I want to be?

“And the problem, and I think Ray called it out, is that I don’t know what it is that I’m buying. I’m committing to something, it may be a level of spend, maybe certain machine types, whatever, and I don’t have enough information, I haven’t done my transformation, I haven’t done my migration. And so, all of a sudden I’m sizing something based on speculation not based on reality.

Wang: So when we think about what’s going on, the first [question] is, is the relationship sour? Sales rep is only calling you when they need to up their ACV and they wanna drive up the cost, drive up their total accounts, right?

“The third piece is really when you’re having severe performance and security and all those other areas where there’s a problem. Once again, it’s time to move on.

“And then the fourth part is like, when you’re at the point where… It’s no longer mission-critical and you’re paying a premium, so we gotta have the value discussion, I have to say, is this worth it anymore? This happened with a lot of ERP vendors back then… You’re getting same software, literally the same software for 10, 20 years, and there’s no improvements.

“And if you think about this, the whole point of going to standardized software was, everybody would chip in, they’d buy from the vendor, they could keep this continuous stream of innovation. Well, the vendors pretty much took the money that they got from you, short-changed you on maintenance, got 90% margins, and used that money to buy new software so they could sell you that software – which they should have given to you for free. It’s like the worst thing ever.

“And so, yeah, I’m starting to see a lot more noise around serverless, which I think has been a great design point and functional, but there’s no one thing for all. It’s not one-size-fits-all. And so this blend of things and the capabilities that are required, that’s what makes the Valley the Valley. They’re funding all sorts of new innovations.

“If you’re locked in to some legacy provider who is not moving or has to then acquire these new tools, teams, or components, you’re creating that problem for yourself. And so how are you operating, how are you leveraging this innovation, how are you introducing it into your organization? I think organizations don’t have that path, that innovation agenda to be able to embrace all the newness and the capabilities. And that really is, I think, the biggest challenge.”

The Future of Vendor-Buyer Relationships

Wang: I think it’s going to be more collaborative. The vendors that are winning, they’re basically doing co-innovation and co-creation with their customers. And what that means is, you understand the pain point, you work to figure out where you’re going to be successful.

“Once you get that successful, what you want to be able to do is then figure out, is it my solution? Is it a partner solution? How do we make this all work together? And I think we’re starting to get that.

“Our early adopter customers and clients, they have that. They know we’ve got two or three strategic partners in an area. We’re gonna bring in other folks to actually solve the problem. We can’t do it on our own. That’s most of the clients we work with.

“There are few that are always gonna do it on their own, they’re gonna build it up themselves, and they think they’re gonna be successful when they build it that way. But most people are in co-innovation, co-creation from what I can tell, maybe different Michael from what you’ve seen as well. But that’s what we have.

Liebow: No, no, that’s ideal. The caution I would say is, it needs to be not bespoke or custom because that’s where you end up I think in a dead end or a costly situation. And that’s both for the buyer and the seller.

“Forget the word custom, think about the word configuration, that you can source these discrete or microservices in a way you can orchestrate them, ambient or not. You can pull these things together in a way that makes sense for the organization, but at a point in time.

“And I think that’s fundamental in terms of what we’re talking about because what I find is that whatever your solution, you’re gonna need to [refresh] in six, eight, twelve months. The one thing that I think is the fact is change is constant, and accelerated change. And that, I think, is really critical because it’s not about inking a deal, and then kind of bringing in the cement truck and thinking that this is good for five years.

“That just isn’t the case, not at the rate and pace we’re seeing the innovation, and the new players, players come and go, executive teams come and go. This is a critical point in 2020 and beyond: you have to think in terms of versatility, in terms of change, so you can flex from one deal to another. And if you tie yourself down, you’re going to be stuck.”

How AI is Being Used in Education

The Ethics of Artificial...