And: Must Have Linux Mint Software

And one more: Debian vs. Linux Mint

While Ubuntu has been refocusing their efforts, Linux Mint has managed to supersede other distributions in becoming what some have argued is the most popular Linux Distro of all time. Obviously there is no hard data to support this, however I’ve found that on YouTube and in the forums, Linux Mint is the go-to distro for most Linux newcomers.

What most newcomers might not realize is that Linux Mint wasn’t always that polished. As a matter of fact, Linux Mint used to be nothing more than Ubuntu with codecs and a green theme installed. Flash forward to the current state of the project, Linux Mint supports a number of desktop environments and even offers Mint specific tools as well. 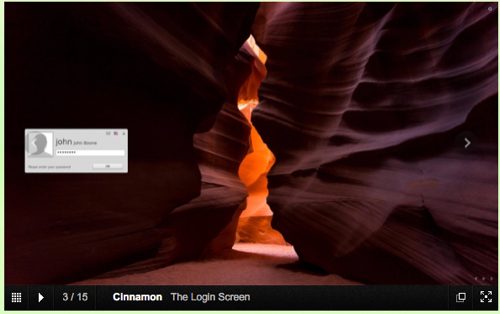 In the early days of Linux Mint, users found themselves looking into the distribution since it provided restricted codecs by default. Even though Ubuntu users did have access to oddball third party tools like Automatix to install software and codecs found in PPA archives, Linux Mint made the process even easier by doing all the newbie-readiness work for the end user.

Early on, Linux Mint also had useful command line tools like Mintwifi. This wireless utility provided access to ndiswrapper and a large number of proprietary drivers that would enable the casual Linux Mint user to get their wifi up and running quickly.

The timeline history for Linux Mint starts off in 2006, when the distro was first released with a KDE base. It was the release known as Ada with the following release called Barbara changing it’s codebase from Kubuntu to Ubuntu proper. By 2008, Linux Mint opted to stick with the Ubuntu release cycle timeline starting with Linux Mint Elyssa. It was during this time that we began to see Mint focusing on greater Ubuntu compatibility from its codebase in Linux Mint 6 Felicia.

In February of 2016, the Linux Mint website was hacked. This event proved to be both a cautionary tale on website security in addition to an opportunity for Linux Mint to rethink how they approach security with their ISO downloads. Today, Linux Mint has taken steps to ensure both their website and ISO downloads are provided with a greater focus on security. 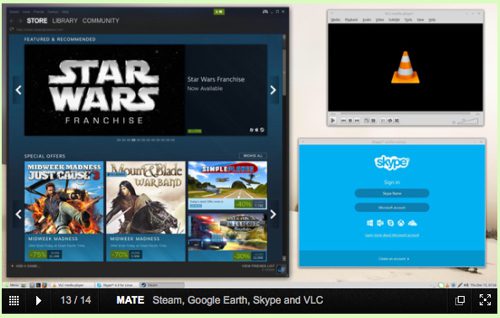 These days, Linux Mint is enjoying unbelievable popularity. Much of this is likely due to their approach of putting usability first, only offering releases based on Ubuntu long term release candidates and providing the simplest default desktop experience possible.

The Linux Mint flagship desktop known as Cinnamon, has done wonders to provide a solid alternative to the Ubuntu Unity desktop. Despite both Ubuntu and Linux Mint providing a suitable Linux newcomer experience, more people than ever seem to be embracing the Linux Mint way of doing things.

Another thing I’ve noticed about Linux Mint is often times bugs found in Ubuntu don’t affect Linux Mint. Sometimes this can be desktop environment specific, but in others cases it feels like any bugs from Mint’s Ubuntu base were worked out ahead of time before releasing the distro to their users.

In the past, I’ve found that ex-Windows users tend to gravitate towards Linux Mint. In fairness, I have also had success with Ubuntu MATE edition with the same users, but overwhelmingly the success of Linux Mint with Windows users can’t be overstated enough.

Another component that I think wins people over to Linux Mint is a combination of predictability and Linux Mint Tools. The predictability relies heavily on the fact that today’s Linux Mint is built upon Ubuntu long term releases. Additionally, these releases are only provided to the public as a finished product once the release team feels they’re ready. This issue alone, differs from Ubuntu which works off a stricter time based release schedule.

And the final component that makes Linux Mint shine is the aforementioned Mint Tools. These tools handle everything from domain blocking to home directory backups. Most of the tools provided aren’t really unique to Mint per se, rather, they’re bundled and presented as a tool set that makes sense to newcomers over the random scattered tools with the same functionality provided by other distributions.

So where is the Linux Mint project headed in the future? I think that for the most part, what we see with Linux Mint will continue to be what we can expect in the years to come. The only changes I see will be new kernels and various updates to the provided desktop environments (Cinnamon, MATE, etc).

I see a future where Linux Mint enjoys newcomers joining the ranks for the community, much like we see today. I don’t necessarily see any explosive growth in Mint’s future simply because there’s nothing that will grow the userbase faster than we’re currently seeing.

As new technologies such as new wireless standards or improved handling of 4k displays are developed, Linux Mint is sure to be right there at the forefront of such offerings. Despite this good news, I think the secret to Linux Mint’s success will continue to be slow and steady wins the race.

Will Linux Mint eventually drop Ubuntu and use Debian as their main distro base (instead of merely using it for Linux Mint Debian Edition)? I don’t believe so and here’s why: Despite its faults, Ubuntu has provided the Mint team with a solid base from which to build their distribution. I don’t think the development team sees any advantage to changing this approach as Ubuntu has served them well in the past, present and likely the future.