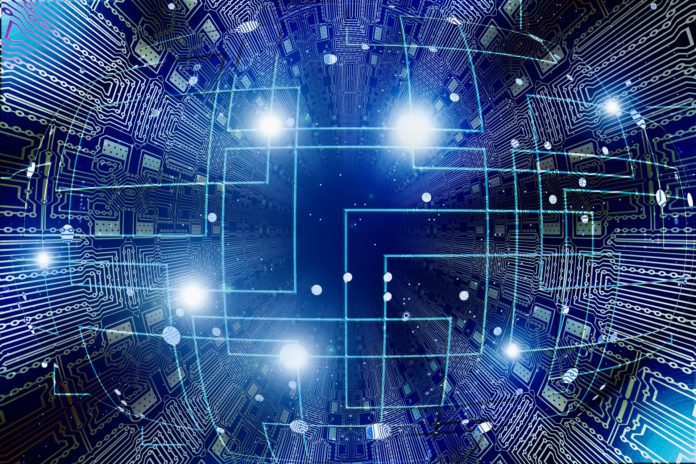 Market disruption tends to happen in the technology industry on a regular basis.

We started out with cell phones being just wireless phones, and the market was dominated by companies like Motorola and Nokia, then PALM and Research In Motion. Then Microsoft flipped the market aggressively to smartphones and Apple stepped in. Now that market is largely dominated by Apple, Google, and Samsung. Massive disruptions not only change the products, but they often also change the vendors selling them.

I met with Rockport Networks recently, and while their technology is focused on high-performance computers and supercomputers, it has the potential to affect networking as we know it by outperforming even InfiniBand’s performance in that segment of the market.

Let’s talk about Rockport Networks and its technology:

Rockport Networks has a new CEO, Phil Harris, who cut his teeth at both Cisco and Intel. Traditional networking topologies generally consist of layers of switches connecting computer nodes and users, each introducing latency and together creating what can be a rather complicated mess of hard-to-manage infrastructure elements.

In this structure, one delayed data packet can have an adverse impact on multiple server nodes on the network, as the related processes wait for those delayed, bottlenecked packets to arrive. This is called tail latency, and it is particularly problematic with high-performance computing (HPC) and particularly with supercomputers.

While Rockport Networks isn’t switchless, it effectively removes the switches from the top of racks as redundant and places the logic instead in the network cards, removing one or more layers of network complexity, which can reduce latency in the process.

Switch hardware failures can become far less catastrophic, and the more distributed nature of this approach allows for what appears to be a high level of redundancy and resilience. The solution doesn’t appear to require any unique code, appears like a standard Ethernet environment to the servers and users, and it is optical-based to help improve data throughput and reliability.

Part of the solution that is particularly interesting is an artificial intelligence (AI)-based network manager that can optimize performance on the fly and handle an increasing number of problems at machine speed autonomously. System administrators get information-rich alerts that allow them to rapidly identify and correct problems, and given the wealth of information provided, this sets a foundation for stronger automated administration in the future.

At the heart of this solution is a networking card that has its own operating system and intelligence. This Rockport Network Operating System (rNOS) creates a self-discovering and self-optimizing solution that also self-configures based on its analysis of the network and can self-heal an increasing range of problems.

This card also handles traffic routing and helps assure minimum latency and maximum data traffic throughput. While traditional network topologies often have traffic problems where data packets and frames get backed up behind large frames or because of a delayed data packet, Rockport data packets and frames are broken into smaller elements, flits, that can be interleaved between each other, effectively helping to eliminate the bottlenecks found in more traditional networks. Network cards are where the processing power resides.

Overall benefits can include up savings in power, heat, and cooling, a reduction in space and weight in network, and fewer cables.

Change in the category

We are overdue for a major technology change, particularly in networking. One of the new companies is Rockport Networks, which has a new approach to networking, one that not only aggressively uses optical cabling, but aims to reduce the complexity, footprint, and operational cost of running the site. They do this by rethinking network topology and reducing the typical complexity surrounding most networking projects.

While you’ll only see Rockport networks in the HPC space, and most often critical supercomputers, like the TACC Frontera Supercomputer, I think its technology has far broader implications that could disrupt networking as we know it.