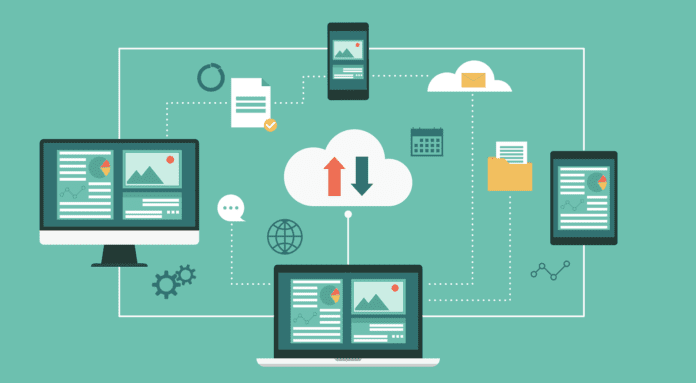 In software-as-a-service (SaaS), a user logs onto a site via the web, and the application’s functions are delivered over the web.

Platform-as-a-service (PaaS) is a little different. Instead of a service, an entire platform is delivered from the cloud. This platform is then used for the development, running, and management of applications. The big advantage is that the user does not need to build or maintain the cloud infrastructure required to develop an application or launch it.

PaaS comes in several flavors. You can receive it as a general cloud service from a provider, which allows the user to control software deployment but lacks configuration options. In the background, the provider takes care of all needs for the network, servers, storage, OS support and other related IT functions, such as Java or .NET runtime, any needed integrations, databases, and more.

Alternatively, PaaS can be consumed as a private service from software or an appliance that sits behind the firewall or deployed as software on AWS or some other public cloud.

Those using PaaS note benefits, such as more rapid and more efficient app development, no need to get involved in the underlying plumbing, and general ease of use.

Here are some of the top trends companies and IT teams are seeing in the PaaS market:

PaaS growth is being fueled by a desire to reduce the complexity of cloud native infrastructure, speed time to market and reduce costs, according to Brad Murdoch, EVP, Lightbend.

Complexity, after all, comes in spades in the world of cloud native.

“Anything that can reduce that complexity and friction by making life easier for architects, developers, and operations has the potential to add significant value,” Murdoch said.

“The primary business driver fueling the interest in cloud native services delivered via more sophisticated Platforms-as-a-Service is the move to real-time, data-centric business resulting in requirements for the modernization of portfolios of core services or to build completely new greenfield systems.”

This requires that cloud services, security, and networking converge together.

“In this new, integrated approach, security and networking are no longer composed of discrete appliances and devices; we are talking about software services alongside cloud-based applications,” Qin said. “This is what Gartner calls SASE (Secure Access Service Edge).”

PaaS vendors are now rolling such services together, in some cases, to provide the security and networking support in addition to the standard application development services.

3. Incorporating Microsoft into the process

Microsoft has recently upped its game in the cloud with security being a big impetus.

These security safeguards apply across SaaS, PaaS, and Infrastructure as a Service implementations.

Many organizations have implemented Exchange Online and Teams, and in that process, they configured their existing, on-premises Active Directory to synchronize to the Microsoft cloud, said Aaron Turner, VP, SaaS posture, Vectra.

In that process, decisions were likely made to perform what was perceived as a one-way connection into the Microsoft cloud. In reality, there is no such thing as ‘one way’ as every connection is really bi-directional.

“There have been many organizations which have suffered from security incidents stemming from the default ‘one way’ synchronization security settings that were configured between on-premises Active Directory and Azure AD,” Turner said.

“Organizations which are using Microsoft 365 services such as Exchange Online, OneDrive and Teams should actively be measuring their security posture in Azure AD. Even in situations where a ‘one way’ synchronization was established, there can still be bi-directional security vulnerabilities that can be exploited.”

Those organizations moving from on-premises implementations to the cloud and PaaS have to deal with migrating data to the cloud.

In one recent study, 62% of respondents said their cloud migration projects were tougher than anticipated.

“Taking a strategic approach to cloud operations is the first step,” Bansal said.

“Look at the needs of your entire organization and determine at a strategic level which workloads can be offloaded to the cloud, which must remain on-premises, and how to best operate in a hybrid reality.”

Cloud complexity is growing. Not only are organizations utilizing multiple public cloud platforms, such as Azure, AWS, and Google Cloud Platform. And now they are even getting involved in multiple PaaS implementations.

“Today’s workforces, their application workflows and their datasets are all increasingly distributed across multiple locations, including one or more physical data centers, private and public clouds and different cloud regions,” said Floyd Christofferson, VP of product marketing, Hammerspace.

“To be competitive, organizations increasingly need to ensure that a distributed workforce can be productive with immediate, secure, and shared access to any data, regardless of their location. Multicloud functionality helps future proof cloud vendor decisions, enabling non-disruptive data placement between providers, locations, and across otherwise incompatible storage silos without the complexity and disruption caused by migrations or pushing data copies between sites.”