How to Develop a Career in Data Science and Artificial Intelligence 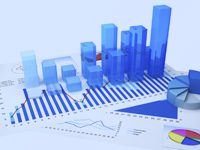 It’s safe to assume that job openings – lucrative job openings – for data scientists and artificial intelligence professional will continue to grow at a rapid clip in the year ahead. To assist those who seek such a career, this webcast will address the following:

To provide insight about a career in AI and data science, I’ll spokewith Ted Kwartler, VP of Trusted AI at DataRobot. Kwartler is also a Harvard Adjunct Professor, where he teaches the “Data Mining for Business Course.”

“Absolutely, Harvard said it’s the sexiest Job of the Decade. There’s an absolute shortage of data scientists, we recognize that here, and my students do as well. And you see a lot of institutions trying to fill that need, train people, and people are attracted to it because the salaries are so good, absolutely.

“I have a friend at a major tech firm through an acquisition, he’s making not a million dollars, but definitely 1% of 1% money, absolutely impressive money. What you see for people who are aspiring to it, they’re trying to get on to that career trajectory. And so they have questions about, “How do I get into that and then build a career from it?” You’re not gonna start at those types of salaries, but that’s the promise land, right?”

What are some of the skills that students and professionals are most interested in learning these days in data science and AI, and how do those match the market needs? (3:24)

“You see a lot of students being very excited about the model building itself, and particularly they wanna use deep neural networks, which is used for image recognition for instance.

“So they get a lot of heavy math, lots of programming, very heavy into a model building, and that’s the exciting part, that’s how I actually got into it…I was trying to gamble on basketball, to be honest with you, and building a model and spending time doing that. And what was interesting was, when you get into industry that’s not always necessary, you can have a good enough model.

“What I say is, not necessarily big data, a ‘big enough’ data. And what I mean by there’s a disconnect is related to what’s actually driving value. So a data scientist fresh out of academia, or fresh with their certification, they may wanna spend six months building the perfect model and optimizing out to the 6th decimal point, right?

“But if I’m really just trying to do a customer propensity model to offer someone in my call center who calls into a call center some new offer, the business itself doesn’t need that. And so, there’s a disconnect between what is needed practically, and what is getting people excited which is the model building of it.

“When I was at Liberty Mutual, I sat on a Machine Learning Research Team, and it would be very typical that you would spend, let’s say, three to six months getting your data, organizing your data. Another three to six months optimizing your model, then another three months working with IT to get it across the finish line. And so, it’s very troublesome. A lot of the data scientists don’t even like doing the data part, they don’t wanna go and learn about the business and understand the use case.”

What are some good career paths, potential career paths that really makes sense for people as they begin to build their career in Data Science and AI? What’s a really tangible pragmatic career path?(5:26)

“It’s an interesting space because by now many people have seen that Venn diagram, and there’s a unicorn and it’s sitting in the middle, and that’s your data scientist.

“I myself have an MBA, and completely self-taught on it. What we talk about at DataRobot is business analysts that are capable and motivated, they become Citizen Data Scientists, we want to arm them to become data scientists. That can be done through training, that can be done through software. What’s interesting about that career path in particular is, you have time to learn the business, understand the narrative behind putting a model into place, because you’ve started let’s say at that junior-level.

“Another kind of differing career path would be like a heavy mathematician, so this is someone with PhD astrophysics, something like that. They can absolutely make excellent models, the challenge for them is how do they scale in the business side, right?

“Another one would be a software engineer who wants to learn modeling. There’s a growing need for what we call machine-learning engineers, people that can take the code and already know the computer science enough to get it across the finish line, get it into production.

“So those are kind of three that I think are very important career paths, so you have varying ways to get there. And then obviously maybe I’m biased, I’m likely biased, because I have an MBA I think there’s a real need to be data fluent managers, people who…understand how to work with these technical individuals.”

“And you sit down with executives, you start talking about data fluency and you talk about the geospatial data that these cars are giving off, and they connect through APIs, and they’re using deep neural net image recognition. And the executive looks at you and says, ‘What’s an API?’ Then it’s like, ‘Oh! We have to back way up here, right?’ When we can’t even get to the strategy we need fundamental understandings of some of the technology. And so I think there’s definitely an opportunity for managers to up-scale and ensure that their business…

“Let’s think about it this way, if you have 10 data scientists and you’re paying them $100,000 as burden cost, you’re out a million dollars, you wanna ensure that they’re generating value for the business.

What would you advice in terms interviewing tips to help them land an AI job? How can people best prepare, how can they best present themselves? (6:03)

“And I will be honest, and I want everyone to know it, that it’s about perseverance, right? Although I’m sitting where I sit, today, just because you don’t get the job offer that you were dreaming about, don’t worry about it, persevere, persevere, persevere. What I would say to focus on, and what I’ve learned… I actually keep a spreadsheet, I’ve interviewed with 83 different companies.

“We just did a piece on DICE related to this, and it’s about understanding the stage of where you’re at, and what the audience is looking for at those stages. So at the top you’re thinking about a recruiter. So I had an interview with a Google recruiter, and I sure as heck wanted to impress that person, so they became an advocate for me right?

“So I think I would say, first and foremost, think about what stage you’re at. Think about what the audience is looking for. That is just an example of the recruiter.

“The next stage that I have observed, is very often you have a series of interviews with people who are doing the job. These types of people are gonna be the ones that want the technical depth.

“It’s a balancing act, because they want to know that you can do the job. That you can bring something to the table that they can learn from. But generally, because people in this profession candidly are fairly arrogant sometimes, you also don’t want to outshine them, right?

“Here at DataRobot I would say data science is a team sport. And what I mean by that is you’re constantly interacting, and asking for best practices. This field is so diverse, it’s such a large umbrella, no one is gonna be expected to know every single nuanced way to approach a problem. And so very often you need to interact with people, asking them their best practices technically. Let alone if you’re trying to then get your model into production, right? So you still need these interpersonal communication skills, and to have some qualitative aspects. And so I think that’s very often… Again, going back to the first question where people index on, “I can build the best model possible.”

What advice would you give to professionals looking forward for the next, say, two to four years in AI and data science? (2:49)

“You’ll see a lot of different job titles that if you read the descriptions end up being data-heavy, and put you on that path to data science. So cast a very wide net, don’t limit your options. And in terms of a college degree we are at the point where a college degree definitely helps open doors.

“What I tell students who are interested in building these careers, find a passion project. Because what happens is, you’ll be motivated at night to come home, and learn how to web scrape basketball statistics, learn how to download stock data, whatever your passion project is.

“You hit a roadblock, you yourself are going to be empowered and motivated to overcome that roadblock. You’ll spend time on the forums, you’ll spend time on Stack Overflow. And so there’s learning that happens just by doing. And so I don’t know that a college degree in itself really is necessary.

“I may get it wrong, but one of the boot camps maybe General Assembly or something like that, actually helps them with a career fair at the conclusion of an eight-week program. Helps open those doors, helps them get the internship. And you think about the cost of education, even at a place like Harvard, right? Obviously, the graduates from an institution with that brand, they get placed, right? So maybe, depending on just getting your foot in the door, these other certifications can help you.”