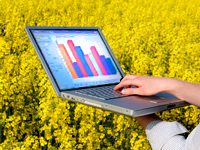 Hardly a day goes by that I don’t see another case study, white paper, research report, or press release promoting embedded Business Intelligence or analytics. However, far too many of them either ignore or minimize the two big traps of embedded BI.

Before diving into the traps, let’s define terms. Many software vendors and IT departments have added analytics or BI functionality into existing enterprise applications. The earliest examples were when finance departments asked IT to add financial modeling tools to their existing general ledger applications within their Enterprise Resource Planning (ERP) suites. Initially these tools were from third parties (Hyperion’s Essbase is a great example) that were bolted onto an organization’s Oracle or SAP financial module.

Fast forward a decade and the ERP vendors acquired those BI players and started embedding those analytics functions into a host of other apps, too, including CRM, SCM and HR. And as the vendors began to saturate their installed base, and their customers began drowning in Big Data, a big new opportunity appeared: to extend access to embedded BI way beyond a few financial analysts.

Indeed, this new goal promoted embedded BI and analytics into a host of business processes used by just about every individual in the organization. It was a nifty way for BI vendors to get beyond the 20 percent penetration rate of their current installed base.

This gave rise, however, to the two biggest traps in embedded analytics:

Trap number one: believing that there’s a substantial return on investment. The return on embedding BI remains unquantified, to a large extent.

A recent report by the Aberdeen Group, “Embedded BI: Boosting Analytical Adoption and Engagement,” lists the top four benefits of embedded BI and the percentage of the 174 respondents who achieved these benefits:

“Using the embedded BI approach can spread the analytical mindset to more people, and more areas of the company. Companies that develop an analytical culture can realize process improvements and add value to existing software investments. When the workforce at a company has a data driven mindset, and places great value on analytical decision making, the company is in a position to improve vital business processes and increase the yield of their investments in enterprise software.”

When asked about the quantification of the RoI of embedded BI, Lock acknowledged that “proving a tangible RoI is always a challenge.” He noted that improvements in operating margins or revenue growth are typically seen in best of class companies that use embedded BI and make it pervasive, but that it is very difficult to establish the cause and effect relationship.

I doubt if the above table and description has enough dollars and cents quantification to persuade a CFO to approve a multimillion dollar purchase order for the software, servers and other costs involved.

Trap number two: the costs. The incremental investment in expanding embedded BI access from a few highly trained analysts to a broad range of employees who depend on embedded BI to do their jobs is more than just the additional software licensing fees.

Big-time infrastructure upgrading would be involved. And the embedded apps had better be extremely user friendly, which typically means a lot of IT staff time to recode and repackage the interfaces and otherwise hide the complexity of some analytics algorithms. Much more is involved than just slapping some pretty dashboards on top of some spreadsheets.

The Aberdeen survey did mention that the leading challenge to embedding BI was usability. The report said 43 percent of respondents cited that challenge, but that response underestimates the reality of the situation due to the way the survey data were collected and processed. Meanwhile, some users and vendors are trying to push the embedding envelope beyond inquiries and decision points and into processes.

As Nigel Rayner, a Research VP at Gartner, explains, the vast majority of BI in place today is used by analysts, managers and others in a query and response mode. A modest amount of BI and analytics has been embedded at the point of decision, such as when a contact center agent is prompted to upsell a customer based on current and past actions. The next stage, he notes, is embedding BI into existing processes – your apps and your suppliers’ and customers’ apps are all informed by analytics into optimizing their processes.

Gartner recently released a case study about how UPS has embedded analytics into its driver routing. Those ubiquitous dumb terminals used by Big Brown truck drivers used to be programmed at the beginning of the day to provide the most efficient package delivery route. The next step, now in development, will constantly update the terminals with new information – emergency customer requests, traffic conditions, and other relevant factors.

Based on the UPS track record with prior versions of the “Package Flow” program, the financial benefits will be substantial – the last iteration reduced fuel consumption by 3 million gallons a year.

The beauty of this approach is that the embedding of the analytics won’t require training truck drivers to understand regression analysis. All they will have to do is follow the driving directions.

Keep the UPS implementation in mind the next time you see or hear a new promotion for embedded analytics or BI.