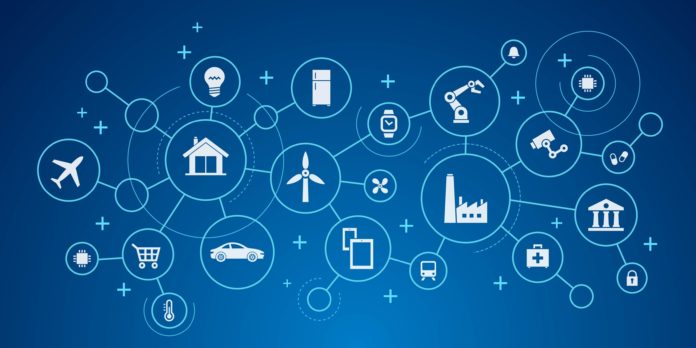 Alongside the burgeoning Internet of Things (IoT) software market, the IoT sensor market is experiencing rapid growth. Organizations and individuals are using IoT sensors to gather, send, and analyze data about everything from ambient air quality to blood oxygen levels.

For larger enterprises and projects, the number of IoT sensors in use can easily exceed hundreds or even thousands. Today, billions of IoT sensors across the world are connected to the internet. In part, IoT technology adoption is related to the price of computer chips, which have been decreasing over the past several years. As these components have become more affordable and wireless networks more prominent, IoT sensors are being used in countless ways throughout virtually every industry.

So-called smart tech relies on IoT sensors for critical feedback about user experiences, application and device performance, and other information that helps developers and IT teams keep people connected in real-time.

This review of the IoT sensor market will look at the state of this thriving market, key drivers impacting that growth, the primary industries and organizations using IoT sensors, leading vendors in this space, and common use cases for IoT sensors.

State of the IoT Sensor Market

Industry watchers, including research firm Markets & Markets in its IoT sensors market global forecast, expect the IoT sensor market to reach a value of $29.6 billion by 2026, up from $8.4 billion in 2021 — a compound annual growth rate (CAGR) of 28.6%.

Much of this growth will occur in the wearable device sector, according to the forecast. The researchers cite a high, growing demand for connected and wearable devices as a key growth driver.

An increase in IoT adoption across a wide range of industries is also contributing to the growth of the IoT sensor market. Manufacturers, food producers, and other operators are investing in IoT to gain insights about their businesses at a granular level, due to affordable, easy-to-use IoT sensors.

IoT sensor usage is quite widespread; prominent industries using this technology include:

Benefits and Features of IoT Sensors

The most effective IoT sensors include each of these components in addition to the benefit of adaptability — good IoT sensors are programmable, so they can be updated as new capabilities are needed and smart enough to gather and send the right data to the right place.

In a broad sense, IoT sensors are at the heart of the big data analytics being used by small and large organizations alike to inform decision-making.

From a marketing and sales perspective, IoT sensors make it possible for producers to offer outcome-based services to their clients and to accurately quote the costs of goods, servicing, and replacement parts.

Some companies are even using IoT sensor data insights to develop new business models. One example is Kaeser Compressor, which had been solely focused on manufacturing and selling compressed air machines prior to adopting IoT technology. With to IoT sensor data, Kaesar now offers compressed air as a service, charging customers by the liter of compressed air consumed.

IoT sensors come in many forms and applications, depending on the needs of an organization or individual. A few typical features common to most IoT sensors include:

IoT sensors provide data to IoT software platforms, where it can be monitored, cataloged, and analyzed. IoT sensors are used across a wide range of industries for wide-ranging purposes. Here are a few prominent examples.

Sensors that can detect light and movement are helpful for tracking data related to retail and logistics operations and enhancing security approaches. These types of sensors are also integral for automating smart building features and for worker safety applications like detecting radioactivity.

Temperature sensors are used to relay information about industrial processes, the condition of goods as they are transported through supply chains, and energy consumption management. Agricultural applications include monitoring the temperature inside animal housing structures as well as underground temperatures, a key element of predicting crop yields.

One of the most important and well-known uses for IoT sensors is underground seismic activity monitoring, which is used to predict future earthquakes and analyze past seismic events. In addition to industrial and manufacturing applications on production floors, vibration and sound sensors are also used in smartwatches and other fitness wearables.

IoT sensors can detect the presence of chemicals, monitor fluid levels inside machinery, and report back to environmental agencies, health care providers, public health officials, agricultural producers, and many other sources.

These 10 companies are among the most prominent IoT sensor vendors globally: