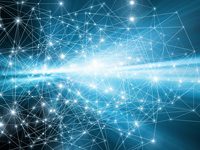 As the Internet of Things (IoT) continues to grow, edge computing is becoming more important to enterprises in a variety of industries.

Enterprises want to harvest the data from all those devices to derive valuable insights, but transmitting all that data to the cloud across current data networks simply isn’t feasible for both financial and technological reasons. The solution is to do more data processing at the edge and transmit a much smaller pool of information to the cloud. Additionally, companies leverage artificial intelligence, machine learning and data analytics to harvest more insight from data.

Analysts predict that as much as 40 percent of IoT data will need to be processed at the edge. Many vendors see that as an opportunity to sell new edge computing products and services to enterprises. Here are fifteen companies ranging from the largest technology vendors to smaller edge-focused startups that are all major players in the growing edge computing market. 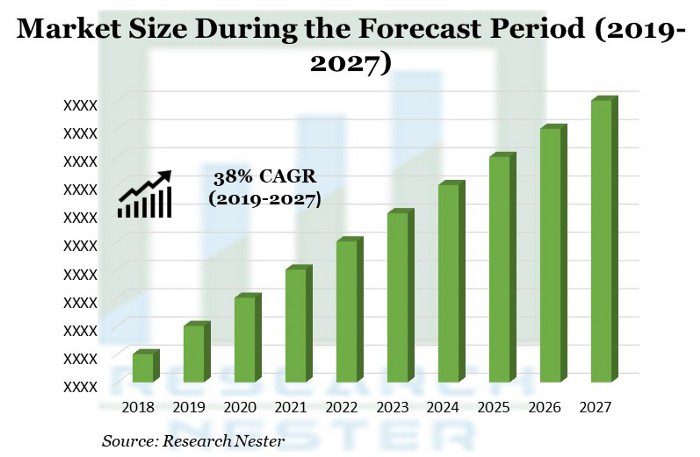 The edge computing market is forecast to see a remarkable 38% compound annual growth rate over a multi-year period.

Note that these companies are not ranked in order of importance or size.

One of the smaller edge computing companies on this list, ClearBlade is a pure-play IoT and edge computing vendor. Its primary products include its ClearBlade Enterprise IoT Platform, ClearBlade Edge IoT Software, and ClearBlade Secure IoT Cloud. It also offers edge computing solutions for connected products, smart rail, smart monitoring, real-time location and asset tracking. It serves companies in the rail, mining, facilities, oil and gas, logistics, healthcare and energy industries, as well as organizations in the public sector. Founded in 2007, ClearBlade makes its home in Austin, Texas. It is a private company.

Key value proposition: This forward-looking company helps enterprises position data facilities where they are most needed.

Building what it calls the Edge Data Center, EdgeConneX focuses on enabling efficient – that is, closer – placement of data crunching facilities for better network and IT connectivity. The core idea: edge is amorphous and non-specific in location, with IoT sensors anywhere and everywhere, so this far-flung data network needs an equally geographically diverse physical infrastructure to power it. EdgeConneX offers EdgeOS, which is a self-service management application geared for high observability, with a single universal dashboard to manage it.

Cisco leads the networking market, which makes it no surprise that it also plays a key role in networking IoT devices. It offers IoT networking hardware, the Cisco Kinetic IoT platform for managing edge data, IoT Threat Defense security and IoT management and automation solutions, as well as advisory and technical services to help other organizations get their IoT initiatives up and running. Its IoT customers include utilities, manufacturers, transportation companies, cities and government agencies, retailers and education institutions. Founded in 1984, its headquarters is located in San Jose, California. It is highly ranked on the Fortune 500 list of the largest corporations in the United States.

Key value proposition: Plays a key role in getting edge data processed at the edge, instead of waiting for a data center.

It’s one of the most pressing questions about edge computing: where will the torrent of data from all those endpoints be processed? Will it be sent back to a centralized facility or will it be processed there at the edge? Edge Intelligence has an answer: the company offers a platform that crunches massive amounts of data – in real time – from a broad array of sources, at the edge. The goal is to shift the data processing away from legacy data centers and to enable local devices to pump out data without needing the delay of transfer to an in-house facility. This shift embraces a core trend in edge computing.

While many of the companies on this list offer a wide range of technology products in addition to edge computing solutions, ADLINK Technology focuses on the edge. It offers IoT hardware and software, artificial intelligence (AI) software and robotics solutions. It serves customers in healthcare, manufacturing, networking, communications, military, aeronautics and the public sector. Headquartered in Taipei, ADLINK is a public company listed on the Taiwan Stock Exchange. It was founded in 1995.

Key value proposition: Provides major value in getting many types of software to run at any point in an edge network.

Edgeworx’s lofty goal: “we believe you should be able to run any software at the edge, and shouldn’t need a PhD to get started.” Arguably one of the most forward looking companies on this list, Edgeworx’s innovative ioFog Engine enables companies to deploy a wide array of applications at any point in their edge network. The ioFog solution leverages Kubernetes to achieve this advanced goal. Adding a still more contemporary approach, ioFog’s use of Kubernetes allows companies to use microservices to make their edge network more nimble and more efficiently upgraded.

Key value proposition: A deep legacy in enterprise IT means that HPE is well positioned to serve larger companies, particularly with cloud deployments.

Equinix is a dominant vendor in the world of data centers, and is leveraging this market strength to gain market share in the edge sector. The goal is to help large enterprises quickly shift and setup supporting IT infrastructure as needed, in response to the ever-changing landscape of edge computing. As part of its edge strategy, Equinix snapped up Packet, a bare metal automation pure-play vendor. Particularly notable: Equinix offers a variety of virtual network services to boost edge performance with limited latency.

Key value proposition: With its global network, few companies have the technical infrastructure to support edge computing like Google.

Like Amazon, Google offers a line of connected home products for edge computing, and it also offers cloud computing services for managing edge data, most notably with its Cloud IoT Core service. In addition, it offers hardware in the form of its Edge TPU for running AI and analytics at the edge of the network. Analytics at the edge is a particular focus for Google, and it touts its other AI cloud services as a good complement to its edge computing products. It serves a wide variety of different industries. A subsidiary of Alphabet, Google has its headquarters in Mountain View, California.

Key value proposition: Edge computing is a mix of many elements, and few companies have as extensive portfolio as Microsoft.

Much like the other leading cloud computing providers, Microsoft’s Azure division has rolled out a number of products and services to support edge computing. Those include its Internet of Things services like Azure IoT Central (IoT app platform), Azure IoT Edge (AI services deployed on edge devices), Azure IoT Hub (communication service that connects edge devices to the Azure cloud), Azure Sphere (IoT security) and Azure Stack Edge (on-premises processing for AI workloads that will be transferred to Azure), among others. The company also offers the Windows IoT platform, which includes developer tools and a lightweight version of Windows designed to run on edge devices. Microsoft’s IoT customers include Ecolab, Texa and Avacon.

Key value proposition: Edge computing requires a highly complex set of data, hardware and IoT solutions – all of which are included in the Hitachi Vantara portfolio.

Hitachi Vantara offers storage, converged infrastructure, IT operations management, data protection, analytics and video intelligence products, as well as its range of IoT products. That positions it well for offering complete solutions for gathering data at the edge and processing it. Its primary IoT product is its Lumada platform, which includes Lumada Edge Intelligence, Lumada Maintenance Insights Lumada Manufacturing Insights, and Lumada Video Insights. It sells solutions for companies in the energy, manufacturing, and transportation industries, as well as solutions for maintenance and repair. Part of Japan’s Hitachi conglomerate, Hitachi Vantara was formed out when the company brought together three of its subsidiaries: Pentaho, Hitachi Data Systems and Hitachi Insight Group. Hitachi is headquartered in Hitachi, Japan, and was founded in 1910.

Key value proposition: As the leader in cloud computing, it’s edge credentials set the pace for the entire industry.

Key value proposition: The company combines a deep strength in cloud computing with a long legacy relationship with large enterprise.

IBM sells an Edge Computing platform based on OpenShift technology from its Red Hat subsidiary. It also offers Edge Computing for Servers, which helps organizations manage the infrastructure at the edge of their networks, as well as the Watson Internet of Things platform, which applies its AI technology to IoT. It has specific IoT solutions for enterprise asset management, facilities management and systems engineering. Founded in 1911 by Charles Ranlett Flint and Thomas J. Watson, Sr., IBM has its headquarters in Armonk, New York. It ranks near the very top of the Fortune 500 list.

Like Cisco and HPE, Huawei sells a range of networking products that help enable edge computing and the Internet of Things. In addition, the company sells an Edge Computing Internet of Things (EC-IoT) solution for analytics at the edge. The company’s focus is on the industrial Internet of Things (IIoT), and it has specially-targeted products for predictive maintenance and energy companies. Headquartered in Shenzen, China, Huawei was founded in 1987.

Key value proposition: The leading chipmaker the deep pockets and portfolio of IoT gear to be a player in edge computing.

Although better known as a chipmaker, Intel offers a family of edge computing products as part of its Intel IoT Platform. Those products include IoT gateways, the Intel Secure Device Onboard (SDO) service, Wind River Helix Device Cloud, Wind River Titanium Edge and edge computing components featuring Intel processors and storage. The company also has reference architecture, developer kits, tools and SDKs for IoT deployments. It primarily sells products that other companies can use to create their own IoT products and services.

Key value proposition: With a long reputation in enterprise IT for larger companies, SAP has the expertise to compete in edge computing.

SAP groups its edge computing products together under the brand name SAP Leonardo IoT Edge. This end-to-end solution includes SAP Edge Services that can run on an IoT gateway and its Edge Platform, which extends the company’s cloud computing capabilities to the edge. The company serves enterprises in a wide variety of industries. Headquartered in Walldorf, Germany, SAP is one of the world’s largest providers of enterprise software. It was founded in 1972.

Key value proposition: Known for its flagship database, Oracle has moved aggressively into the cloud sector – positioning it to be successful in edge computing.

Oracle offers hardware for the edge in the form of its Oracle Tactical Edge Cloud Infrastructure, ruggedized compute and storage based on the company’s cloud services architecture. It also has a set of IoT applications available on a SaaS basis, as well as industry-specific solutions for industrial manufacturing, construction and engineering, utilities, retail, healthcare and insurance. Its IoT customers include Hitachi Consulting, Accenture, AskStory and LT Infotech. Based in Redwood Shores, California, Oracle was founded by Larry Ellison, Bob Miner and Ed Oates. It is best known for its flagship database, but it also offers enterprise software, hardware and cloud services.

One of the smaller companies on this list, Saguna is a pure-play edge computing company focused on “transforming communication networks into edge cloud computing platforms.” Its flagship product is a multi-access edge computing (MED) solution that includes edge virtualization and open management and automation capabilities. The startup offers solutions for mobile operators, enterprises and application developers, but it is primarily focused on the telecommunications industry and network service providers. Its customers include HPE, Dell, BY, Akamai, 5Tonic, Wind, Vodafone, Vimmi, and KDDI. Based in Israel, Saguna was founded in 2008 by Danny Frydman and Lior Fite. It is a private company.