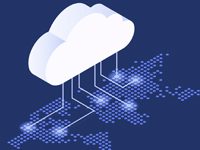 The concept of microservices vs. software-oriented architecture (SOA) is a debate that is largely settled.

To simplify, both microservices and SOA are technologies based on using modular, componentized design in software and system architecture, with the goal of producing an infrastructure that is more easily and efficiently updatable.

SOA was the earlier version of this concept, and was most popular before about 2010. But even as SOA has faded, its core concept – componentized architecture – is stronger than ever in microservices.

The trend is clear: while both microservices and SOA are componentized architectures for software development, as cloud computing has gained steam, the more highly granular microservices architecture (MSA) has evolved from the earlier SOA. Yet both approaches remain in use. Where SOA is enterprise-focused, microservices is application-focused.

First we’ll look at each of these technologies, then we’ll compare and contrast the two.

As microservices takes the lead over SOA in terms of componentized infrastructure, it is forecast to see rapid growth in the years ahead.

A SOA is a collection of services that use a messaging middleware component for communications between services. The middleware layer also supports interoperability of multiple protocols. Services can range in size all the way up to subsystems used enterprise-wide.

SOA is generally regarded as a technique for integrating disparate systems in a large mixed environment running multiple OSes, such as Linux and Windows.

In microservices, each application is structured as a collection of small services, modeled around a business domain. This architecture uses an application programming interface (API) layer instead of middleware, and protocols are lightweight. Microservices best practices requires developers to build with the API at the forefront of the design.

Microservices work well for building small, partitioned web-based systems which give considerable control to the developer. Each service is designed to fulfill a specific purpose – such as a web service for activating an order or providing shopping cart services – and to excel in delivering on that purpose.

Here are some key differences:

SOA defines both a  provider layer, comprising all services within the system, and a consumer layer, or the point at which consumers such as human users or other services interact with the system.

The Enterprise Service Bus (ESB) allows for various point-to-point connections between service providers and service consumers. Services can be created by multiple development teams, but each team needs to be aware of the common communication mechanism.

In MSA, on the other hand, small, independent processes communicate with each other inside highly granular and agile applications. Each service is independently deployable, meaning that it can be shut down when not in use without impacting the entire system. MSA also makes it easier and faster to develop new versions of existing services, suiting this architecture well to DevOps best practices. Also, services can be scaled independently, depending on load requirements.

SOA and microservices both rely on services as their main component, yet the two architectures differ considerably around service characteristics.

Feature by Feature: Microservices vs. SOA

Again, microservices and SOA are conceptually similar, with key differences in how they achieve their end goals.

SOA’s middleware provides many capabilities absent from the APIs used for communications between service providers and consumers in MSA.

The advantages of the middleware layer include protocol transformation, message enhancement, and mediation and routing. Because MSA doesn’t support middleware, and MSA applications are so small and specifically purposed, SOA is generally regarded as a better architecture for large and complex enterprise systems.

SOA is designed to promote business functionality reuse by enhancing component sharing. In fact, component sharing is the main role of SOA’s enterprise services. Services are often implemented as complete subsystems. However, because SOA uses multiple components to fulfill business requests, SOA services can be less efficient than microservices.

Microservices, on the other hand, minimizes component sharing through “bounded context.” That is, a component and its data are coupled as a single unit with minimal dependencies. An application is required to access a persistent data store via a service implementation-provided API.

A major tenet of SOA is contract decoupling, which provides the highest degree of decoupling between the service provider and consumer.

By encapsulating a lightweight runtime environment for applications, containers provide a consistent software environment as microservices applications move through the continuous development, testing, and deployment cycles of DevOps. Containers can be run on both virtual machines (VMs) and physical machines, and with high server utilization rates.

SOA and MSA both provide support for Web services. In fact, some but not all microservices can be characterized as Web services.

Like Web services, microservices are agnostic in terms of programming languages such as Java, Perl, Ruby, and C++.

SOA’s ESB can present a single point of failure (SPOF) for the entire system. If one service slows down, the ESB can become overwhelmed by requests for that service.

MSA is more fault tolerant. For example, a memory leak in one microservice will only impact that specific microservice. Other microservices will be able to keep on handling requests.

SOA is multi-threaded, with more overheads to handle inputs/outputs (IOs).

MSA is single-threaded. However, microservices architectures typically include an event loop for handling I/Os.

In SOA, a systematic change requires modifying the entire system.

In MSA, a systematic change can be accomplished by creating a new service.