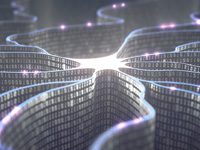 In the era of cloud computing, organizations are under pressure to deliver business and customer value far faster than before. To do that, enterprises and independent software vendors have taken their agile software development practices to the next level with DevOps and more recently, microservices.

DevOps is a methodology that enables developers and IT Ops to work closer together so they can deliver better quality software faster. DevOps benefits developers by giving them insight into the production environment in which their software will run which helps to improve software quality.

Like Agile, DevOps breaks software programs down into smaller pieces to increase software delivery speed and quality. A hallmark of DevOps is “continuous” practices including continuous integration, continuous testing, continuous delivery, and continuous deployment all of which help enable the continuous improvement of software products and software-related practices.

Microservice architecture is a software development technique that is a type of Service Oriented Architecture (SOA). It results in smaller pieces of functionality (and therefore greater modularity) than Agile or DevOps would enable without the use of microservices.

As the name suggests, microservices are small pieces of functionality that are made available as a service. Since they’re independent building blocks, they make an application easier to create, test and understand. A benefit of the modularity is that multiple DevOps teams can build and deploy microservices in parallel. Microservices and containers are often used in combination in any number of public cloud or private cloud environments.

Moreover, microservices can be deployed in any cloud which saves developers from writing platform-specific code for Microsoft Azure and Amazon Web Services, for example. In short, microservices save time and money, and provide new levels of development and deployment flexibility. In the enterprise development stack, DevOps is a top driver of efficiency, supported closely by microservices.

Benefits of Combining DevOps and Microservices

Microservices enable continuous delivery and deployment, both of which accelerate the delivery of software. Most organizations are moving toward or implementing continuous delivery, which means releasing software in a matter of months versus years, weeks versus months, days versus weeks, or hours versus days.

Continuous deployment can result in hundreds or thousands of releases per day. It tends to be implemented by cloud natives such as Amazon, Facebook, and Google.

In fact, microservices emerged from the DevOps practices of cloud native companies that wanted to deliver software faster and improve product quality. Some of the benefits of microservices and DevOps are:

How DevOps Works with Microservices

Microservices enable DevOps teams to develop independent pieces of functionality in parallel. Instead of moving code from one type of specialist to another (e.g., development, testing, production), cross-functional teams cooperatively, build, test, release, monitor and maintain the applications.

To speed processes and reduce manual errors, DevOps teams building microservices take advantage of automated continuous delivery pipelines that enable them to experiment with new features in a safe and secure way, as well as recover quickly from failures.

To ensure product quality, continuous testing is added to continuous integration and continuous delivery (or deployment). Achieving continuous quality involves more than testing. Specifically, it includes other elements of quality such as security, alignment with user requirements, business risk mitigation and measured value.

How the Microservices-DevOps Combination Will Change in the Years Ahead

Microservices have already made DevOps teams more productive, as explained above. Moving forward, the combination of the two will result in even higher levels of efficiency. In addition, end users will experience less app-related friction:

Why Your Business Needs to Get Onboard Now

The combination of DevOps and microservices is making organizations nimbler and more productive than their competition, which means they can innovate faster at a lower cost. Failure to supplement DevOps with microservices – and worse, failure to embrace DevOps – places your company at a competitive disadvantage that could negatively impact customer loyalty, the company’s valuation and its general relevance.