The Automation Market in 2022 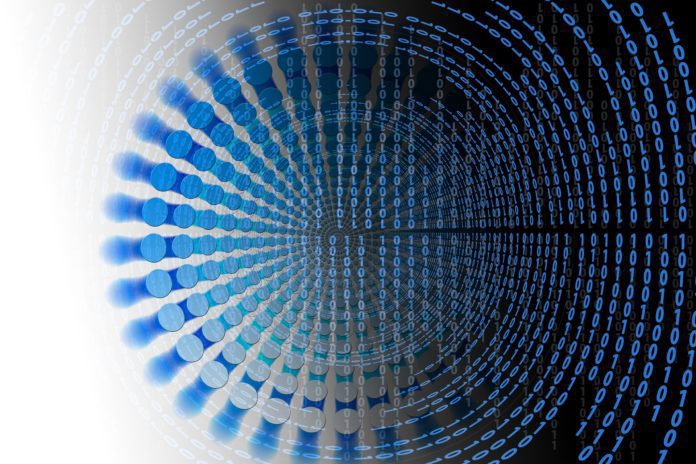 Automation is an umbrella term spanning a variety of hardware and software that simplify redundant tasks by reducing the need for human intervention.

Automation technology can be used in anything from software applications to machinery and robotics. The purpose of automation is to boost production efficiency without relying on the confines of humans and work hours.

See below to learn all about the global automation market:

Regionally, the global automation market is segmented as follows:

By industry vertical, the automation market is led by the automotive industry, which accounted for 29.1% of the share in 2021, closely followed by the heavy manufacturing sector.

Other notable industry verticals include:

The concept of automation can generally be divided into four main categories based on execution technique:

Fixed automation, commonly referred to as hard automation, is a predetermined sequence of steps and procedures confined by the configuration of physical equipment.

Fixed automation is, more often than not, used in manufacturing facilities and production lines, as the processes rarely need manipulation or change, and demand minimal supervision.

Programmable automation is mostly reserved for mass production in batches, ranging from a few dozens to thousands. The program can then be changed according to product specification demands.

Flexible automation, also referred to as soft automation, is considered an extension or upgrade of programmable automation. To limit the time and energy that goes into reprogramming automated systems, flexible automation is able to overlap the life cycle of multiple products, minimizing the time for equipment changeover.

As the most in-use form of automation, flexible automation can be used to make in-house manufacturing and user experiences more efficient.

Integrated automation puts the entirety of the manufacturing system and workflow into computer-controlled models. With integration, everything from parts design to testing, fabrication, and time setting are automated harmoniously.

Integrated automation can be used to combine both non-industrial and industrial processes in the automation efforts, maximizing efficiency and productivity across the manufacturing facilities and offices.

“On the leading edge of automation, we concentrate on making every tool agile, scalable, and usable. Regardless of skill level, we aim to ensure that the tool is ‘fit for purpose’ for every user. This is where AI comes in,” eWEEK says.

“In practical, real-world terms, an automation efficiency in an [enterprise resource planning] ERP system can drive some fairly complex orchestration. Traditionally, every iota of that functionality will have been built by a developer, naturally limiting it somewhat. Today’s technology has fewer limitations, thanks to AI.”

The adoption of intelligent automation in AI is largely dependent on developing a culture that embraces change, encompassing shareholders, employees, and tech entrepreneurs.

Different types and extents of task and process automation can be used to streamline workflows and boost efficiencies. The benefits of automation vary depending on the context and the compatibility of the automation type and its available resources.

A few benefits of automation include:

“Industries like supply chain and retail could stand to benefit the most from automation, in order to keep up with increased demands and ensure the safety of their employees,” says Shawn Harris, member of the Forbes Technology Council.

“Automation is not just a benefit to the company but to the consumer as well. Understanding what their consumers want will help leaders decide how to implement automation in a way that supports their operations.”

Here a few examples of organizations in various industries that are benefitting from automation:

Volkswagen Sachsen is one of the leading manufacturers of commercial vehicles on a global scale under the Volkswagen Group. Based in Zwickau, Germany, its national locations employ over 10,000 people and send out 1,400 cars, 3,200 engines, and 4,000 vehicle components daily.

Growing in an eco-friendly direction, Volkswagen Sachsen invested over €1.2 billion, upgrading its smart Internet of Things (IoT) devices and manufacturing robots. Working with IBM, it was able to support a higher degree of automation across its production line, optimizing efficiency and minimizing its environmental impact.

“The industry experience and technical know-how that IBM shared was key to the project success, and their hard work and commitment made it possible to complete the project within a very ambitious timeframe,” says Ronald Göllnitz, project manager, Volkswagen Sachsen GmbH.

“The deep expertise of IBM Services in SAP S/4HANA implementations was evident from the start — the industry experience and technical know-how that the team shared was key to the project success.”

As a result of automation, Volkswagen Sachsen improved its financial processing by 20% and cut in half the number of staff involved in order-input processing.

Insol is a family-owned business specializing in manufacturing and installing customized facades for commercial construction projects. Based in New Zealand, it’s one of the leading providers in the construction industry.

One of Insol’s latest projects was the designing, building, and installation of a wind tunnel for the purposes of testing the impact of wind on construction material and building structures.

“There are design parameters around how you would design pressures on a building surface but when it comes to seeing how things will act under actual wind load — that is something you will not find in a textbook,” says Greg Simmons, CEO, Insol.

“It is hard to find a better working relationship. EIS have an extensive capability in house and are able to adapt to the requirements of the project.”

Working with Rockwell Automation and its partner, Insol was able to safely run its wind tunnel at various speeds, testing the durability, risk factors, and even the acoustics of experimental building structures.

Lenovo Group is a Chinese multinational technology company that designs, manufactures, and sells consumer electronics, software, and business solutions to a market of global consumers. Based in Beijing, Lenovo ships millions of computer units worldwide every year.

With thousands of employees, Lenovo’s internal auditing of its employee reimbursements is an essential but challenging task. Working with UiPath, Lenovo integrated its robotic process automation (RPA) software, enabling its accounting team to automate the repetitive parts of the audit, usually done manually by employees.

“The results are more than the sum of its parts. We hope that more enterprises can benefit from our successful experience and bring digital transformation into their businesses.”

By automating internal financial auditing with UiPath, Lenovo was able to speed up its regular internal audits by 87%, saving over 1,500 hours of work per year.

Some of the leading providers of automation solutions include: